Welcome to the graveyard
Where everybody like to pray: allahu akbar
You scared to say "god?" they call me game because I play hard
So get your helmets and your face guards
I spit holy water, lets have a face off: nicholas cage
They say the boy is off the chain like two pits in a cage
Your girl say my flow the bomb like I swallow grenades
Respect the rules up in this shit so you gotta get paid
Or you gotta get spayed like windex with them twin techs
I'll raid on top of insects. niggas die f*ckin they family
Oh, where I'm from they call that "incest"
Open the bible, good book serves it's purpose for shook crooks
Heavenly father, I think we in heaven, be a good look
Sing the hook:

The cemetery ain't as new as the saint it look
They bury ministers there right next to straight crooks
And nas told niggas they was shooting and they'd look
Niggas rhyme about banging, getting whooped on facebook Now put that on your wall, I put that on the wall
I shot-call and brawl quicker than jon wall
I'm killing these niggas, bought everything last year
And wasn't feeling these niggas. I mean I was numb last year
Wasn't feeling you niggas. came back
To sell a few more mil on you niggas
Toast! I'm in the phantom, nah nigga I ain't scared of no ghost
Cause all the dead rapper's albums are selling the most

Some say the 3rd verse puts niggas in a hearse
Since I was born jay, guess I'm the gift & the curse
Lot of bloods out here, but nigga I did it first
Still blood out here that's why I'm up in the church
Still repenting for my sins, but not all the way
Cause I just rode up in the benz and handed homie the k
What he gon do with it? probably run up on your crew with it
That's what I call rap beef, luckily I'm through with it
Now I just lean back, '72 with it
Sell it to a nigga down south, he act a fool with it
Back to them haters and the stool-pigeons
You're too busy tryna judge us stars, but how are you living? 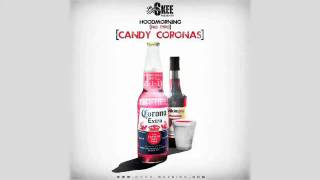 check amazon for Graveyard mp3 download
these lyrics are submitted by BURKUL4
browse other artists under G:G2G3G4G5