[The Game]
Motherf*cker it's the Game, mister tint the windows wit'cha brain
Since a young'n up and comin, all I did was cop 'caine
They try and change the Game, nigga I still cop 'caine
I ain't moved out the hood, still stay where the cops came
Bitches tryin to throw salt in my name, barbers tryin to part my game
Niggaz tryin to chalk my frame
But I walk on a thin line without scuffin my Chucks
Bad Boyyyyy, and I f*ck with Puff
So bring the guns if you want nigga; I'm real good with the glock
And 50 G's say you leave in a box
When I f*ck Lil' Kim guess I'm feelin like 'Pac
Niggaz wanna wrestle The Game, guess they feel like The Rock
"It doesn't matter," 745 up and down your block
Hop out with a Nextel, niggaz feel like they shot
It's different in my hood, only time we take shots
is when the Dodgers did good, my niggaz live on the block

[Verse Two]
I'm worldwide with this gangsta lean, my life's no dream
I got a crew in Jamaica, Queens
Lake Charles up to New Orleans in D.C. I sip
My thugs get crunk off Lil' Flip
State to state many shows I rip, I'm the boss of the Bay Like Clint Eastwood, make my day
Fine bitches look like Lisa Raye, plot on gettin paid
In the end, all they get is played
Maybe a nut, no Ice Capade
Real dudes is shiesty, I only give jewels to wifey
And I don't give a f*ck if you really don't like me
It's in my blood to thug, get ill and hyphy
One of the best I might be, it really don't matter
When I bust, sucker MC's scatter, gettin out of my way
I bust bad bitches night and day
I make classics like Dr. Dre, closed casket from rhymes I say

[The Game]
... Gon' move in on your rock, say f*ck the crisis
And ride with the West we got lower coat prices
You know me the king of L.A., New York
Drivin through Brooklyn in a fo', same color as water
You want X? I can cover the order
Ninety-fo' been hustlin now watch the shit elevate like Vince Carter
Not the rap martyr, or the second rap Carter
Compton's own, I'm home, not the best I just rap harder
Heir to the throne, nobody rep Compton like me
Street spinnin like waves on that Continental T
My grandmoms woulda been proud of me, look at your grandson now
'Til my demis, Black Mafia ties
So it's hard to let the larcent die, my {?} treys
A killer changin the game like them Marcy guys
And I been compared to Shyne like Shyne was compared to Biggie
I'm from Compton, he from New York City, c'mon really? 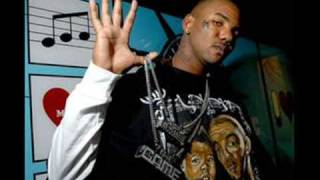