The Game Speaking
------
From California
Born in Seminole Hospital nigga,
November 29, 1979
On some G shit
My moms ain't scream or nothing
And I ain't never cried nigga

The Game [Screwed]
------
Motherf*cker I'm from Compton, the hub city,
I brought some thugs with me,
that'll set up shop and get rid of drugs quickly,
drive Cutlass Supremes, on gold D's, puff sticky,
love Tupac to death and still bump Biggie.
Welcome to the west side,
where them Tec's fly,
dope boys drive them S5's,
come smoke and get the best high,
who the f*ck said the west died,
you dead, this the left side,
I will Heckler & Koch, pop shots, for my [Cali Niggas].
Deal niggas, then smoking aces f*cking with my [Cali Niggas].
Leave them with poker faces,
red rag, pull it down so they know it's Jayceon,
riding down Wilshire,
07 Charger, K&M Filter,
high speed burning it up for my [Cali Niggas].
My life real like it was directed by Hype Williams,
I started off with visions of stacking Benjamins to the ceiling.
The more gang banging, the more killing,
the more drug dealing,
the more cap peeling.
We all [Cali Niggaz]

Ay, From Frisco,
never rode a 6-4,
they might ghost ride, ghost ride,
but Ya Boy is low pro.
Stay on the low though,
Black Tims, Lacross polo,
Black peekhole,
long nose 4-4.
Ya never got your hands dirty,
I'm outside with the grams early,
Puffing life by the gram heard me.
How's a bird,
grinding the curb.
And if I get caught put me in a cell with my [Cali Niggas].
On the block, busting shots with my Cali Niggas,
f*cking with them boys up in Watts, we all [Cali Niggas].
We run deep, hit Compton and rally niggas,
Hurricane Game, line them up, let me tally niggas.
Trouble makers,
call them big guns, rumble makers,
let the thunderquake 'em introduce them to the undertaker.
Palm trees,
big sun with the calm breeze,
you can call me one of the re, realest [Cali Niggas].

Yes, Southern Cali,
home of the Chuck Taylors, not Bally's,
far from Vegas, but Sin City,
Abso, put me on it, chronic in the air,
catch the vapors,
house parties, hungover through morning, see thats a [Cali Nigga]
You see I'm from the murderous blocks,
Compton, California where you'd rather get caught with your gun on you,
see it's as hot as a sauna,
and in the winter time, niggas don't walk out without kissing they momma,
life of a [Cali Nigga].
Hip-hop trying to take the life of us [Cali Niggas].
Don't call them rappers, address them as Bill O'Reilly niggas,
but we gon get them and we kill em, address them as some Hally niggas.
never the more they say they ain't feeling these [Cali Niggas].
When ya'll was ditching class over these hoes man,
I was at Centennial catching fades over dice games.
That's one years ago, 350 days,
350 ways, I switch the flow, a hot [Cali Nigga]
I am a good dude to work with,
destroy your life or destroy these rap verses,
life's a bitch,
so I buy whatever she wants, and hope heaven can be my reimburstment.
Milk the game until I see her on the couch roaming this earth surface,
at first I was parched, but now I'm the thristiest,
dehydrated,
hungry, frustrated,
one of the greatest [Cali Niggas]

Hey, Hey,
Hey, Hey,
I'm on the Wall Street like a stock broker,
then I'm back to the hood where they pop toasters,
Every nigga screaming war, they is not soldiers,
selling crack in the hood with my [Cali Niggas]
Look, I'm shitting on everything moving,
this on my chain ain't a label it's a movement,
f*ck with caps, it's a nail in the coffin,
look, I shoot arms like heroin addicts,
look, a hater shit get drastic,
you my son, they kill me, you end up a bastard. ha
I got the internet going nuts,
bitches hitting me on myspace say they want to suck him up,
you want beef? What the f*ck is up?
If so when we meet, I got heat for these [Cali Niggas].
When I spit, the realest will feel something,
that's why I stay on the block, I'm still hustling, When you shit on the drop my shit pumping,
a spot like a mailbox, it's where the bills come in.
Me and Hurricane riding in an S5,
snatch a nigga up, take him for a test drive,
tie the nigga up, show him how the west ride,
South Central LA, I'm a [Cali Nigga]
Where the best was born,
make sure your vest is worn,
cause nigga's will split ya chest when the Tec is drawn,
nigga's will split ya deck, then pull your card,
just try to act hard on the boulevard,
you know it's me in the coupe when I'm speeding through,
the fiend's say I whip colt like a vehicle.
It's three birds, a bitch, brick, and 4 Fif,
with them three, I take over the whole strip,
no shit,
the skinny nigga is no bitch,
know this, I'm so loyal to my [Cali Niggas]

Crusing through my hood to see whats good,
my block considered Death Row but we ain't never signed to Shug,
California, I got my heart in it,
disrespect, get ya shot, like I'm bartending.
Me and Game we blood brothers with different pops,
he the seed of Compton, I'm from Harlem, Watts.
Hubbing a dub,
slugging a snub,
busting at any motherf*cker who be f*cking with us.
This is Watts, California, gutterville, U.S.A.,
gangbang capital, crackhouses, yellow tape,
riding through the city streets,
cannon right under my seat,
chopper in the back of the trunk, who want it with beef?
Seperate your soul from your flesh if you ever hate,
keep your comments to yourself, watch your soul levitate,
South Central LA,
nigga it's the place to be,
in my house, counting big money is the place for me.
Blow good dro, and ride G rides,
gangbanging and cane slanging, the whole nine,
Chuck Taylors, red strings, and khaki suits,
Black & Milds, Chronic blunts, and Absolut,
Killa Kali, f*ck scrapping we clap you fool,
f*ck the talk, bring your gat, we're blasting two's.
From the block to the booth I'm the realest,
Jay-Rock nigga and I do it for my [Cali Niggas]

Who the f*ck want to snatch you from me?
and I don't chase bitches nigga I chase after money,
cannibal hungry,
trying to eat till my belly bust,
I'm Cali raised, ghetto slang, you smelling us?
It's boss' life nigga,
I put it down like I'm dropping the habit,
smoke an ounce and get up with more bounce than a rabbit.
Got to have it like a crack fiend,
counting big face hundreds till my thumbs green.
Interested in major money and power moves,
interfere and get em wet up like a shower do,
that's how we do.
Street sweep you when we ride up on ya,
I represent that West Covina, California.
Sixty-six hit more licks than a tootsie roll,
give me a mic, a bad bitch, and I'm good to go,
slow flow,
game cold like a eskimo,
T.K.O. dawg,
I think they better let it go,
lyrical arsenal.
I heat it up, I like to flame a mic, {Topic loosen up}
I can't Game, my game to tight,
I'm out of sight like Haley's Comet,
throw up my set, boss' life, like I'm sick and vomit,
bow down to the realest, nigga pay your homage,
in the city of 600's and mostly Chronic, haha, West.
And I'ma stay clutching, busting the trigger,
talk that shit, f*ck around and get ride by us [Cali Niggas]

Ay, whose back in the 'Lac on white walls,
big body, the same color as Lysol,
hit the block up, if an enemy turn the lights off,
and pull up on the fake ass nigga to turn his life off.
Block out!, Block out!,
busting, watch the bike fall,
I told em about them self-self made niggas, we ain't like y'all.
We on some other ish,
my goons will smother shit,
from my Piru niggas down to them Eastside Crips.
I thug like everyday's my last, ask Jesus,
he never missed the beat of my heart, and won't neither,
a true leader,
in the Ferrari two-seater,
slide off to the spot, get bread, and kick my feet up.
I'm knocking doors down,
when I come around,
better have a nigga cheesey, everybody face down.
I represent the city, the home of the Lakers,
Inglewood, riding authentic we paper chasing, a Cali Nigga.
Explain lyrics
Correct lyrics 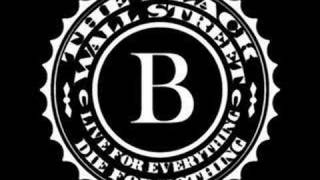