It Isn't Too Late To Be Famous Lyrics

It Isn't Too Late To Be Famous Lyrics

(Liza: spoken)
Hello! Thank you, thank you, I am sorry that I'm late everyone
I've just jetted in from Marrakech where I've been having the latest Ayurvedic treatment;
I've been sucking the life source out of a small Indian child
I feel much better...

(Adele: spoken)
Hello, hello, hello!
What a busy day I've had; Interviews, photoshoots, personal appearances! That's coz I've just launched my new perfume
I've given it a real nom de zeitgeist – it's called Banque!
That's French for bank. Topical! Witty!
I called it that cos it smells of money...

(Liza: spoken)
What do you mean I'm not on the bloody list?

(Adele: spoken)
Don't you know who I am?

(Dillie: spoken)
KERRY! CAN YOU GET ME IN? 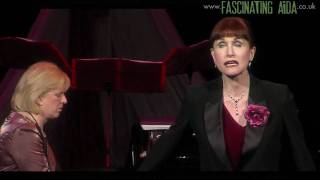 check amazon for It Isn't Too Late To Be Famous mp3 download
these lyrics are submitted by itunew3
browse other artists under F:F2F3F4F5F6
Record Label(s): 2009 Exallshow Ltd
Official lyrics by