We received an invitation in the post one Monday morn'
To attend our cousin's wedding in the town where we were born
The do was back in Kerry; so wishing to be frugal
We trawled the 'net to find some decent travel deals on Google

Well we clicked on to the website and were mightily surprised
To find the actual cost wasn't quite as advertised
We'd forgotten airport taxes, had also to be billed
But a bargain is a bargain and begorrah we were thrilled

After studying the website we decided it was best
To pay priority boarding so that we'd sit three abreast
(Three abreast, that's the best)
And of course we'd all have luggage, so that's an extra cost
And then we paid insurance in case our cases might get lost

At last the flight was booked, with all of the additions
We'd read the reams of smallprint, of terms and conditions;
And then picked up the charge for using VISA which was drastic
'Cause how the feck are you supposed to pay if not with fecking plastic?

Cheap flights, cheap flights, we paid the fecking fee
Because by now we were committed to the flights for 50p
(Diddly aiden daidin daidin dai (3))
(Someone's being diddled and it's us, so it is) (*Ochone, ochone, aah . . . )
Now I don't know if you've tried looking at Stanstead on a map
But checking in at 5am is a fecking load of crap
It's packed if you try to catch a train or underground
So a taxi to the arse in the world was more than 100 pounds

Cheap flights, cheap flights you're harking on to me
You're an eejit (idiot) if you think a fecking flight is 50p
FECK
Explain lyrics
Correct lyrics 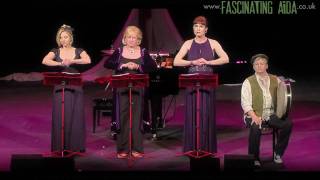