No more time to pass time 'cause these are the last rhymes
'Cause we're living in the last times
They wanna go to war, more wars to come
But most of us fight more wars than one
Discrimination in the racial nation
While they destroy our strong foundation
Nature's balance is way off balance
They tip the scale, now it's no more silence
The hole in the ozone layer is outta control
But they wanna fight for more oil and gold
Unemployment, I got laid off
The streets is the last resorts to get paid off
For more, more mint, no doe for rent
I gotta shed blood to make a red cent
Maybe I should ask the president
Somebody give me the president
But he don't want to hear it, it's out of the question
'Cause in my section it's worse than recession
So I go to a rich neighborhood and play Robin Hood
Take from the bad and give to the good
First I go to Benson Hurst, steal a Benz, snatch a purse
Pick up my friends, that's when it gets worse
'Cause I need government and they need government
Alot of mint spent, now I gotta pay rent
Who makes the most dead presidents in the projects
You're gonna get robbed and wrecked
I parked up the block to plot on a kid that made a knot
Let's get him for all he got
I approached him slow like I was a base head
Put the fo-fifth to his face and said
You see those kids over there wit the hoods
Walk to them real slow and give them the goods
First the gun and the doe and crush the jumbos
One false move and no one knows
'Cause I got a silencer to hush the bust
And I'm in a rush, so hush the fuss
Plus the poison you fed will no longer spread You good as dead, I'm a fill your head wit lead
That's when I pushed him into his building
To murder him but I remember the children

Teach the children ,save the nation
I see the destruction, the situation
They're corrupt, and their time's up soon
But they'll blow it up and prepare life on the moon
Sounds like Total Recall
But who gotta spaceship, you get it, we fall
So hope for the best and expect the worst
The end is near and it's U-N-I verse
The one's that interfere wit nature
Labeled you limited and underrate ya
His plans over rule when he separates ya
Now it's U-N-I verse, the one that hates ya
So we gotta let them know, we're hip to the script
Change the skit, or we're about to flip
'Cause we want access to happiness
Livin' the good life and much success
Equal opportunity
Self awareness and unity
Education, the kids need a sculpture
Teach them the abacus and their culture
And that'll help stop the robbing, raping and killing
Poison neighborhoods are illing
But they import more keys from across seas
A drug disease hits the streets wit ease
So keep on building 'cause we gotta keep building
Till the answers are filled in
And make sure you don't stop till then
And if you do, remember the children 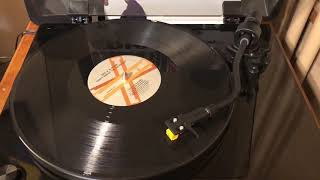