Planet, Earth, was my place of birth
Born to be the soul controller of the universe
Besides the part of the map I hit first
Any environment I can adapt when it gets worst
The rough gets goin', the goin' gets rough
When I start flowin', the mic might bust
The next state I shake from the power I generate
People in Cali used to think it was earthquakes

'Cause times was hard on the Boulevard
So I vote God and never get scarred and gauled
But it seems like I'm locked in hell
Lookin' over the edge but the R never fell
A trip to slip 'cause my Nikes got grip
Stand on my own two feet and come equipped
Any stage I'm seen on, or mic I fiend on
I stand alone and need nothin' to lean on

Going for self with a long way to go
So much to say but I still flow slow
I come correct and I won't look back
'Cause it ain't where you're from, it's where you're at
Even the ghetto

I learn to relax in my room and escape from New York
And return through the womb of the world as a thought
Thinkin' how hard it was to be born
Me bein' cream with no physical form
Millions of cells with one destination
To reach the best part as life's creation
Nine months later, a job well done
Make way, 'cause here I come

Since I made it this far I can't stop now
There's a will and a way and I got the know-how
To be, all I can be and more
And see, all there is to see before
I'm called to go back to the essence
It's a lot to learn so I study, my lessons
I thought the ghetto was the worst that could happen to me
I'm glad. I listened when my father was rappin' to me

'Cause back in the days, they lived in caves
Exiled from the original man, they strayed away
Now that's what I call hard times
I'd rather be here to exercise the mind
Then I take a thought around the world twice
From knowledge to born back to knowledge precise
Across the desert, that's hot as the Arabian
But they couldn't cave me in, 'cause I'm the Asian Reachin' for the city of Mecca, visit Medina
Visions of Nefertiti, then I seen a
Mind keeps traveling, I'll be back after
I stop and think about the brothers and sisters in Africa

Return the thought through the eye of a needle
For miles I thought and I just brought the people
Under the dark skies, on a dark side
Not only there, but right here's an apartheid
So now is the time for us to react
Take a trip through the mind and when you get back
Understand your third eye seen all of that
It ain't where you're from, it's where you're at
Even the ghetto
Even the ghetto

No more props, I want property, in every borough
Nobody's stoppin' me, because I'm thorough
Rhymes I make gimme real estate for me to own
Wherever I bless a microphone
Double-oh-seven is back and relaxin'
On point and reactin', and ready for action
I'm so low key that you might not see me
Incognito, and takin' it easy ghetto

Quiet as kept on a hush hush
In front of a crowd, I get loud, there's a bum rush
Be calm, keep a low pro and play the background
Hopin' the whack rapper put the mic back down
So rip it, break it in half, go 'head and slam it
'Cause when it's time to build I'm a mechanic
Of bondin' and mendin', attachin' and blendin'
So many solos, there is no endin'

People in my neighborhood, they know I'm good
From London to Hollywood, wherever I stood
Footprints remain on stage ever since
Sidewalks and streets, I leave fossils and dents
When I had sex, I left my name on necks
My trademark was left throughout the projects
I used to get rich when I played c-lo
When I rolled 4, 5, 6, they go, "We know"

So I collect my cash then slide
I've got my back, my gun's on my side
It shouldn't have to be like that
I guess it ain't where you're from, it's where you're at
Even the ghetto
I'm from the ghetto
Word up
Peace 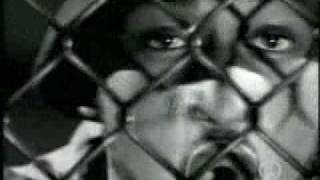