Here I go again, ready to flow again
Better HOPE my mic don't blow again
Warned by alarms when the mic gets warm
Crowd'll get critical, can't keep calm
Jet for the exit, why hang around?
Words that I found make the mic melt down
If you stay, better cooperate, cuz I amputate
And whoever don't break, I'm a suffocate
Leave 'em with asthma, you better pass the
Mic to the massacre master who has the
Power to build and destoy at the same time
So track the wack at the right, and exact could
Shine
Meant to beat overheat, but I won't stop
So evacuate the spot when the mic's hot
Switch it from one hand to another
And that's a hint, my brother, run for cover
Cuz I'm armed, my brain contains a bomb
As if I escaped from Vietnam
Some people label me lethal, lyrics I made then put
Beats to
Format, collapse your lungs twist your tongues
You can't bump your gums off of none of the drums
Words that I made'll create an iller scene
Eric B. is the fly human being on the guillotine
Hook 'em up to a respirator, cuz it's the Mista
Suffocator
What I write is like shovin' a mic down your
Windpipe
Don't let him bite rhymes Rakim write
No mic to mouth resuscitation is neccessary
No obituary, and NOTHING LEFT TO BURY
As it strikes on the same mic twice and then
Cut it on, and I'm a strike again
I meditate off the breaks, till the place shakes
Then I make rain, hail, snow and earthquakes
Speak the truth, tear the roof off the mother
The stage is stompin' grounds, run for cover

Evacuate the building, danger, cuz I came to
Explain the
Strategy that'll be tragic automatically Havin' me to cause another catastrophe
All you gotta do is give Rakim the
Microphone and the crowd'll yell, Timber
Buildings collapsin', rappers gettin' trapped in
Areas closed off, no one gets back in
So set up roadblocks, barrIcade the doors
Fade, put a detour sign on the stage
Hold my microphone as evidence, the weapon I use
And been usin' ever since
The days in the park when, rap was an art then
Plus I was dominant, determined and dark skinned
Makin' it hard to walk the streets at night
For those who talk the weak beats on the mic
Whoever's livin' large better wear camouflage
Prepare to be bumrushed when I yell charge
Surround by sound of the beat-down another brother
This is stompin' grounds, run for cover
Wheels or foot, better not stay put
Whole place shook till the mic's unhooked
Then you've got seven minutes to vacate the
Premises
Lyrics'll echo soon as the break finishes
Don't act wild, single file to the door
No need for an encore, just clear the floor
Cuz my mic's about to self destruct
The stage'll blow up when my rhymes erupt
So make sure the place is cleared out and abandoned
Cuz minutes from now it won't be standin'
Then send out and A.P.B. All Poets Beware of a
Brother like me
Now how many rhymes could your man manufacture?
How many bitin' MCs can I capture?
Trap rappers who try to run off at the mouth
Take over their route, play 'em out like a Cub
Scout
So leave troopin' for MCs at war
And if it's a battle let the crowd keep score
Cuz me and the drummer make drama, and that's word
To mother, run for cover 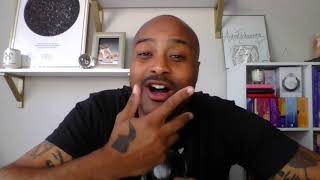