Pass the hand grenade
It's gonna blow 'cause I took out the pin
Detach the detonator, data send
Programmed wit protons, eqipped wit predicates
Electrons and elements just fit
Your pronoun hits the ground and that's that
Hit the floor like a meteor so get back
Commas, punctuation marks separate, it sparks
Follow the course in to avoid getting sharked
More volts than a lightning bolt: handle with care!
I'm far from fragile, warfare won't tear
I'm armed and dangerous, trained for combat
Let off rounds and they won't just bomb back
Explosions I made to invade your parade-
Your weak beats' decay 'till they can't get played!
Wrong elements in the mic, they get sprayed
Pass the hand grenade

After the stage gets warm, I heat it up
The crowd gets charged, I speed it up
They couldn't get warm, gimme a cut
The rhyme gets good, so eat it up
Food for thought until your thoughts is sore,
Fill up a colosseum, I can serve them all
Bake another plate, and cook it far from raw And if youroverweight, then here's some more....
'cause every dish I make tastes great and
Plus filling, if I sold a third of my rhymes, I make a killing,
Get the salt and pepper from the maid
Get the blood off the blade, pass the hand grenade

If you try this, your response is tonsilitis,
I'm leaving authors and writers with arthritis;
You got the slightest ideas, I got the brightest
Here's the lightest, so clear, it's out of sight, it's
Darkness, from the darkness, came the light
The night is the time for ra to recite it.
Educated, but complicated style
For all the biters, I'm shutting rappers up like midas
I got the force of a turbo porsche
You get lost in the sauce and then thrown off course
You can't destroy the decoys so detour!
No sense of direction, so what'cha speed for?
You wouldn't of never made it, how many styles have I created?
So many rhymes I bust, ya frustrated,
Then the mic will self sestruct, you'll get sprayed!
Pass the hand grenade (3x)
Explain lyrics
Correct lyrics 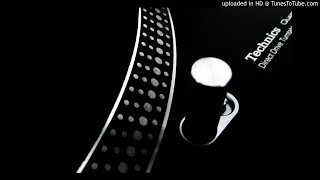 Rate Pass The Hand Grenade by Eric B. & Rakim (current rating: 9.17)
12345678910
Meaning to "Pass The Hand Grenade" song lyrics (1 meaning)
Naomi Owolabi April 18, 2011-13:10
0
Why does this have no music.I am so bored and I want to listen to some music.Think better next time you put a song on your stupid website.......
Watch Video Comment Enlarge font Correct lyrics Print lyrics