How could I keep my composure
When all sorts of thoughts fought for exposure?
Release, then veins in the brains increase
When I let off, make a wish and blow the smoke off my piece
Unloadin, unfold and the rhymes are explodin
And the mic that I'm holdin' golden
Cordless cause the wire caught fire like a fuse
Gunpowder and the slightest bruise is a friction
The outcome is there so listen
Here's the brief description
A boom then flame then smoke, ashes a dust to dust
Contact is compact when I bust
MC's are now in a massacre
A disaster a, master at fashion a beat to death
To a pulp, till it can't pump
Speakers aint sayin nothin
Now the ball can thump
As I'm lookin' I stand like great buildings in Brooklyn
Then the stage is took then
Havoc struck that could product a whole court
Keep in touch with the mic when you're holdin y'all
Sumpin and pumpin and slobbin and droolin
Nothin's pumpin, who do you think ya foolin?
Tommy Tucker, the neighborhood sucker
What you oughtta do, is pick up a tempo
From what I invent, so hard not to bite, but you can't prevent so
You start to kidnap
I watch the kid rap
When he get off he know he shouldn't a did that
Minor, old timer, weak rhymer, stay in liner
You won't be inclined to go so yo
Maybe later, you're gonna be
But for now, you're almost one of me
Now the immature imitations taken from originations
Made by tracin and a little arrangin
So perform, If ya still aint warm maybe after
A roast by the host with the most it's a musical massacre Never tired, don't even try it, keep quiet
Like a storm, you could rain, but a riot
Remains, the gangs power just like the towerin inferno
The beat's gonna burn so
Distance I kept, ou better watch your step
Volunteers go from here and get
Ya out of the flames
Appreciate the temperature change
Anywhere within the range of celcius
Fahrenheit on the mic, mic melts see it
Burns soon as it's felt see it's torchin, scorchin
Mic's pipin hot, steamin who's schemin now ya not
James Brown must a been dusted
Disgusted, now he can't be trusted
Embalmed with fluid
Static can cause an explosion, in fact impact's closin in
Time was up, so I don't need a time bomb
Beat gives me a heat-stroke when I rhyme calm
Pull out the tool, sometimes I wanna break fool
But I was cool, like one in the chamber
Lets play a game of rhymin roulette
And put me up to your brain and name a rhyme about ya clout
One mistake, ya out
If this imitation it can't be the same show
Maybe what you'll find somewhere over the rainbow
Courage, heart, brain, you need rhyme
Turn on your mic, snap your fingers three times
We gone, or the story won't end the same
And you'll feel the flame
The potion was weak, make another antidote
Whats the science? why can't ya quote?
Elements for musical intelligence
Rhymes are irrelevant, no development
And that settles it
Go manufacture a match, send me after a blast
From the master that has to make musical massacre 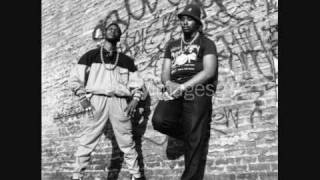