I'm the arsenal, I got artillery, lyrics of ammo
Rounds of rhythm, then I'm 'a give 'em piano
Bring a bullet-proof vest, nothin' to ricochet
Ready to aim at the brain, now, what the trigger say

Tempos triflin', felt like a rifle
Massage 'n' melodies, might go right through
Simultaneously like an Uzi, nothin' can bruise me
Lyrics let up when lady say don't lose me

So re load quickly and you better hit me
While I'm lettin' this Fifi get wit me, you steppin' with 007
Better make it snappy, no time to do your hair, baby
Brothers are bustin' at me, beats and bullets pass me

None on target, they want the R hit, but watch the god get
Quicker, the tongue is the trigger, 'cause I'm real fast
Let off some rhythm at 'em, let 'em feel the blast
Penetrate at a crazy rate, this ain't no 38

Hit 'em at point blank range and watch 'em radiate
Runnin' out of ammunition, I'm done wit' em
You ask me how I did 'em, I let the rhythm hit 'em

I push a power that's punishable, better be a prisoner
The hit man is the, brother wit' charisma
Showing you that I have, powerful paragraphs
Followers will become leaders, but without a path

Ya mentally paralyzed, crippled ya third eye
Rhymes are blurred, then it occurred that you heard I
Reduced the friction with crucifixion, let loose the mix then
Boost the piston, Eric hit 'em with' some of that

Cut like a lumberjack and me gettin' hit back
It won't be none of that, I'm untouchable
You see me in 3-D, when I let the rhythm hit another M.C.
Lyrics made of lead, enters your head

Then eruptions of a mass production
Will spread when music is louder, full of gun power
Microphone machinery, when I see a crowd of
Party people pumpin', their fist like this
Ya hide in the back, thinkin' that I might miss

But the R is accurate, plus I'm packed up with
Educated punch lines that, I have to hit
Whatever I aim at, I line 'em up
Ya body is weak, feel with pain, that time is up

You been hit with somethin' different, isn't it?
Rakim is gonna radiate and northin's equivalent
Nothin' can harm me, why try to bar me
You couldn't come around to rob with a army

You'll get wrecked by the architect, so respect 'em
I disconnect 'em, soon as I inject 'em with radiation Put 'em by the basement, bust his chest open
Bash his face in, let it split 'im

Since he brought his main man wit' 'im
He ask me how I did 'im
I let the rhythm hit 'im, let it hit 'im

Dance floor's dangerous, packed in like a briefcase
Rhythm with Aral rough rhyme, beats with deep bass
Girls, with tight pants, maybe they might dance
Tonight if the R's on the mike, there's a slight chance

The crowd is crucial, M.C.'s grounds are neutral
Now, that you're here let me introduce you, get ready
I'm hard read like graffiti but steady
Science I drop is real heavy

Radiant energy, that'll be the penalty
Touch the third rail on the pain of remedy
The prescription's one every hour, now it's a havoc
If ya need another hit from the freestyle fanatic

Attention, follow directions real close
Keep out of reach of children, beware of overdose
Too many milligram but what made a iller jam
My rhyme is the rhythm of thoughts that kill a man

I deas for the ear to fear, might split 'im
He'll never forget 'im, he'll rest in peace wit' 'em
At least when he left he'll know what hit 'im
The last breath of the words of death, was the rhythm

Now, throw you hands in the air and yo, go
Rakim will do the rest of this slow
If I speed they know you'll blow the hell up
If I slow up, catch up, hell no

Wicked as I kecked it, don't need to remix it
'Cause I prefixed it, reversed and switched it
To perform to perfection, section for section
Rhymes keep connectin', ya guessin' what's next an'

Then remain, let it radiate, vibes will vibrate
Why did you violate, now, I'm 'a have to let the style brak
Moans now the tone is ingrown, after this here's thrown
Gimme another microphone, before I get that Fifi I met

Hold 'er, mold 'er, make 'er feel older
Lay her on my shoulder, everything I told her
Makes her feel secure whenever I'm wit' 'er
And you know how I did 'er, me and the rhythm hit 'er 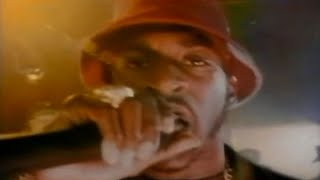