Kick Along
Eric B. & Rakim
Relax With Pep What's Going On Follow The Leader Don't Sweat The Technique Juice Keep The Beat Eric B Is President Eric B. Never Scared Chinese Arithmetic I Know You Got Soul
Official page Eric B. & Rakim wiki Kick Along video Eric B. & Rakim twitter

If you like it acapella
Soul clap will be sweet
Almost complete
Feel the impact when it hit the street
But uh, it sound thicker when I kick it wit a beat
See I can let it speak for itself
But every now and then, I need a little help
Guess who, to the rescue? Comp
Ripping up comp, I step and then stomp
A spark scam'll skin the land like it's a Timberland
Prepare the stage for Rakim to stand
Then I pick a song, grab the mic, click it on
Time to get it on, kick along
See if you can move to the words I speak
Pick up on a rhythm (kickin' wit da beat)
My mentallect gets warm
Feed into your physical form
You can't keep calm
Get fit to the skit, try to hop on
Get up to the trick as I flip the script
You're feeling rust like a thrust of an arrow, plus
You're looking through the eye of a barrel, Bus
Emergency! Take him to the operating room
Put him on the floor, let his heart feel the boom
React to the wrath of a brand new song

A kick is a hip wit hop
A pep wit step like the floor is hot
I project a lot so you can use every kick you got
But don't forget, don't kick when I stop
I'm something like Simon says
As I'm pumping hype rhymes in your heads
The mic's a remote control and I'm pointing it at cha
When I push buttons, you're gonna have ta
Break straight to the floor
'Cause I'm a make more
Each one's composed in the shows And each one flows, how long, nobody knows
And whoever try to take 'em, I'm a break 'em
Drag it out of him, dehydrate 'em
The beat makes the beat in your heart accelerate
Your pulse is a drum roll, it's too late to wait
A pen'll send adrenaline to ten
If then begin to blend the smooth that's sent
That's to prevent you from getting asthma
You try to keep up, because, the cut has ya
Blood pressure to the point, never stops a drop
Putting stain in the veins in the brain, ya blood clots
Too quick to pause it, you almost lost it
So kick along to you're all exhausted
And look what my data made! my power'll never fade
I keep it energetic, or hype as Gatorade

They can't wait to kick steps to this
So I make a skit just for kicks
Syncopated, pausing though
Innovated 'cause the flow
Melodic and melodramatic styles occur
Like a choreographer, my mind's a photographer
Making music visible for the individual
That gets visual
What I manifest you express on the dance floor
Pants get torn when the jam is on
'Cause I kick rhymes until the rhymes kick back
It's hard to kick that, where did'cha get that
Here's the concept, part of you're concert
Expect the expert to perfect and do work
Don't stop the song 'til I'm gone
Keep getting it on, kick it off with the horns 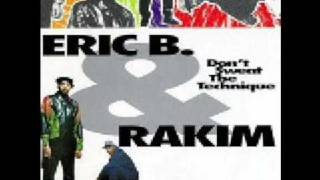