You Suck (With Father Time) Lyrics

You Suck (With Father Time) Lyrics


-EDAN-
Laugter ceases after masterpieces slash a thesis
Questioning my passion is like asking Jesus if the crucifixion hurt
Flirting with ears, but choosing visions first
I stretch 'em out until they snap to prove that long division works
A strong incision bursts your bladder
filthy rhyming prosecutor
Never-ending thirst for data
salvaged from the lost computer
Immaculate, roses scatter
We tackle and toss a loser off a pedestal created by actions regrettable
Packing a vegetable for malnutrition,
rap-mutation, advocators, fact-debaters catch a bad one from a tractor-trailer
Even avid masturbators can't relate to my passion at mic clutch
Crashin' a nightclub, simply to spite f*cks who came to dance
My brain is pants who (?) legs I earn while some prefer to beg I deal with ignorance
Therefore, to turn a head is difficult, like being drunk while parallel-parking a car
Broken pieces of glass on your floor after I fart in a jar

-FATHER TIME-
I got the bald-headed crown with a dope swirl,
hot enough to make a nymphomaniac's toes curl
Lounge with showgirls in the uncharted lands of the West Pacific islands,
Hypnotized by horizons,
Evil mistress, black widow of the brimstone
skeletons in every closet, close to the window, rose petals, French Dutchess, with gold medals on the coldest meadow follows the ghost that goes (ohhh)
and when I was young my moms thought I had a disturbance
'cause she always found me under the cabinet drinkin detergent
murderous Copernicus, Prometheus insterted it
the way I worded it left 'em tumblin through the turbulence
I got a nasty dropkick, catch flies with chopsticks
kidnap your siblings then take them for hostage
your girl's not a chickenhead she's more like an ostrich
smells like armpit, foot and ass, and dogshit...

-EDAN-
Laughter happens after master craftsmen practice smashing clowns
I pass your rapping class and snatch the cap and gown
I trap a noun and catch a verb while running laps around
the pachyderm who hasn't learned the basic laws of planet Earth,
I take your jaw and smash it through the simple principles of amateur elimination
Pattern your alliteration after mine? mastermind my pattern writing,
vocalise the battle writing,
localize the folks who try to socialise for ladder-climbing
NPC, degrees, and pattern sine and sequence quantifying
concentration might alleviate your frequent contemplation
constant patience, do you know how badly that I want a spaceship?
Modulation causes placement of assailence or survalance
wander aimlessly amongst a mass of slavery until a brave MC (through bravery)
decides to call his name to me, it's all in vein you see,
when I decapitate his brain and season it for morning breakfast while listening to Deathmix
Out! 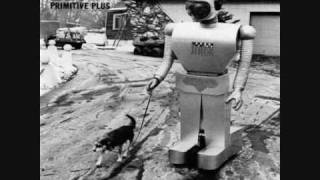 check amazon for You Suck (With Father Time) mp3 download
these lyrics are submitted by musixmatch2
browse other artists under E:E2E3E4E5E6
Record Label(s): 2002 Lewis Recordings
Official lyrics by