[PERCEE P]
Since breast-feeding, my flesh-eating flows had the best leading rappers' chests beating, fast
best dash, leave and lit your head, when I spit it's said like you're being hit with lead
Pipes with spikes that'll rip to shreds
(?) make you sit back,
From the impact like I was sitting strapped when napalm buried your skin, cat
Infernal heating, so much you run, spitting like I bust a gun, make you suffer from internal bleeding
Raps that kill, drop 'em, play my tracks they're ill like (?) your cat with a punkish thug actin' real
Home gone, skull torn, showin' family mourn throwin' dirt, but the search for the killer still long gone
Attack you, nigga; sneak up from the back and get you with raps
Then slit your throat like they wrote about Jack the Ripper
My dough short, with no thoughts, I let my flows scorch
And burn your whole fort down to the ground like a blowtorch
This mad will gets fans killed in a landfill,
Make you stand still, get your head and hands drilled damn real
I aim raps like I aim gats to the head,
Where said to make a lame cat's brains splat, leavin' remains on the train track
I'ma stalk your boys, travel like a Tomahawk
Eat'em so bad, they'll think it's dinosaurs the way they find the corpse
And wild lames get migraines like the sun of hot flames, they bought frames tinted or their eye drains
Speakers blow and the beat, it flows
Start reachin' those peeps at shows, makin' each of my foes decompose
Thoughts of anger, those in my torture chamber, I abort with hangers,
Brave men get bitch-slapped,
I click-clack, spit fast shit at your six-pack make your ribs crack and cave in (yeah) This is Percee P, every verse with me's like Murder in the First Degree, disperse and flee!

[EDAN]
For any entertainer, I got a torture chamber, torch the flame to scorch and abort the brain
Forcing pain to contort your veins, make a gelatin of a skeleton to support your frame
Orchestration with adequate manifestation, panic awaits them in an attic or basement,
Ancient bracelets (spikes on the inner perimeter!), grab and jab a knife to give him an enema
In a minute or two, venom is spewed through the lips of a snake that I hit with a rake to aggravate
(Activate the radioactive waste!) to drown a clown in a bath that assassinates
Fascinated with acid, I ate it and hallucinated while I bruised and mutilated your Central Nervous System,
(Sending nervous victims!) through a mechanism that'll, (bend, tend and twist 'em!)
Shred 'em, behead 'em; before I get 'em I let 'em get a glance at the, two-headed tarantula
Avalanche and an antler to puncture pant legs, your life span's limited you can't beg
I jam dead corpses in hand-fed portions in through the jaws of a man-bred swordfish
Altered genetically to have big teeth that kill while the henchmen keep him still!
A secret thrill exists within the mind of a frequent killer skilled at bending rhymes
To the shape of an axe, scrape and attack; no escaping the facts, placed in the vat
Where in the neck is a knife that's black and char-broiled, I slit brains, I got gargoyles to spit flames
Rippin' physical frames and lacing them with spider-bites, remove your legs and make you ride a bike and blow the dynamite! 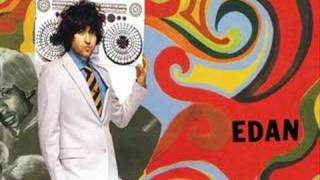