[Verse 1:]
Hotta than a mug, but I'm chillin in my lambo
Ridin' through the hood goin' everywhere my fam go
Outside jelly but the inside tan though
Choppers in the whip lookin' something like Rambo
Got em all jockin yea they flockin' to the coupe
Yea I carry big guns if you boys wanna shoot
And I ain't' got em all, I'm not wrapped tight
You say you need a hundred I can get it in a night
Yea I'm eating good but I say it's bout time
Word in the street that the boy bout mines
And the boy gone grind, damn right I'm gone shine
Lookin' at my wrist damn right you'll go blind
Jell-O on the Chevy, I did it for attention The black brad pitt impossible to mention
Bally on deck just to re-up on prescription
Shawty on deck just to sweat out her intensions (Yea) 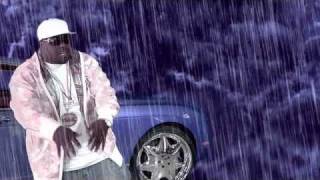 check amazon for Throw Dem Grands mp3 download
these lyrics are submitted by kaan
browse other artists under D:D2D3D4D5D6D7D8D9D10