[Dom PaChino]
Check the hot shot, aimin' for the number one hot spot
It's Crime Stock when ya beat drop, and Terrorist rock
Hip hop, this real steel, straight from Brazil
The solo deal caught a mill, rock a Navy Blue Shield
Master build, ready to kill, but I keep it concealed
Y'all niggaz play the outfield, them other bat wit a drill
Seen success through the rap almanac, ya blood spill
When I pack cats, overreact, they need to chill
Wait ya turn, you get ya perm, what's to say what I earn?
You wanna act more concerned, like ya eager to learn
Explicit like Howard Stern, have you callin' the firm
But they ain't no satisfaction in affirmative action
When P.R. come attackin' wit the points that you're lackin'
No time for mackin', when the God be blackin' the f*ck out
Sniff before had wit my record logo, livin' no doubt To the madness, what this Terrorist shit, is all about
Hear me clear, through ya ear, broadcast it over the air
Words ain't nothin' to fear, thoughts sharp like a spear
Rockin' camo' for the '99 year, no interfere
Y'all niggaz waited all year, but the album is here
In stores everywhere, Terrorist warfare, beware
Have you leakin' like a drop of tear, and disappear
Into thin air, slappin' this track just like a bear
You know the snare, from the killas eyes, always sincere
Pour my beer for those who ain't here, rest in peace
Terrorist is the hottest M.C. on the streets
Won't leave the studio session til the song is complete
We roll deep, stompin' niggaz out on the concrete
Talk is cheap kid, go against me and meet defeat

[Chorus x4: Dom PaChino]
Killarm', we in the place
When you in thug, put on ya War Face
We don't care, if you stare
When we bust our gun, y'all niggaz disappear 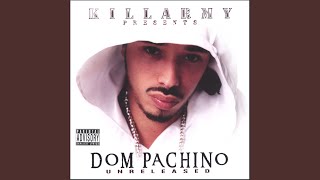