[Dom Pachino:]
I had the other side in a snatch, atleast I thought so
Until I got a wake up call, they hit him in his torso
Now that's a major loss, whoa, committed by a major loss soul
Let's get back to the source, though
How much did it cost, bro? About the same amount as his Porsche do
But that's what happens when niggas floss too
Much and they forced to, surrender their lives
It's what it cost do, and I ain't gonna lie
My niggas like to floss to, my niggas like to sport new
Whips and kicks and, bitches that are thick
Son, and bitches that suck dick, son, that is addiction
Not discipline, cause if so, niggas won't be missing
Found by a couple fishing in the morning
When sun glissen and the birds are whistling
Damn feel, look like they dumped the clip in him
Did the fishes yet get to him? Man, they gon' have to get a net for him

[Chorus x2: Dom Pachino]
First come, first served, you got it, you get it
White white, leak beige, tablets of relish
Sorry we only deal in cash, no credit or debit
If you don't got it, you get it, nigga forget it

[Shyheim:]
I was on the A.V.E. playing my post When a white Porsche hit the block like falling snow
I ain't know it was your dude until, niggas did the one-two
Wish I would of knew, I could of stopped the wolves
But by the time I recognized and realized it was him
They had the nine MM's, applied to him
And they times him by five, he had the four-five on him when he died
Peep the grind, they took his shine and his ride
I feel bad cause it happened on my side
Of the P's, I f*ck with you, that's why I'm calling you P
You see how I see, but shit be how it be, you know?

[Crunch Lo:]
I'm in the pizza shop, I hear the shots, I'm like oh shit
That's the sound of a nigga getting hit
Come on, we making moves to the ave, I heard another blast
Damn, yo, the tech was spitting fast
We seen niggas running in black, I took a step back
Then analyzed the situ', hoping it don't hit you
My man running out the building, men, women & children
Is screaming, the air is cold, it's killing season
Niggas got they hoodies on, cigarette smoke
Bum broads, with they beers and they 20's of coke
Whispering to each other, 'The God is on the floor'
EMS cut his clothes and his chest was all raw
And you seen the smoke from the shells, all hell broke loose
Now his fam is on the set, and they wanna know the truth 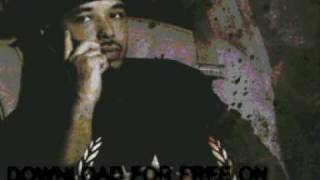 check amazon for 1st Come 1st Served mp3 download
these lyrics are submitted by kaan
browse other artists under D:D2D3D4D5D6D7D8D9D10