M'lord, you found me guilty before the trial began
Remember ...
And the jury that you've picked are Tory placemen to a
man
Remember ...
Yet here I stand for judgement unafraid what may befall
Though your spies were in my parish Kirk and in my
father's hall
Not one of them can testify I ever broke a law
Remember ...

Yes, I spoke to Paisley weavers and addressed the
city's youth
For neither age nor class should be a barrier to the
truth
M'lord, you may chastise them with your vitriolic
tongue
You say that books are dangerous to those I moved among
But the future of our land is with the workers and the young

Members of the jury, it's not me who's being tried
200 years in future they will mind what you decide
You may send me to Van Dieman's Land or clap me in the
jail
Grant me death or grant me liberty my spirit will not
fail
For my cause it is a just one and my cause it will
prevail

With quiet words and dignity Muir led his own defence
He appeared completely blameless to those with common
sense
When he had finished speaking the courtroom rang with
cheers
Lord Braxfield said, "This outburst just confirms our
greatest fears"
And he sentenced Thomas Muir to be transported 14 years

Gerrard, Palmer, Skirving, Thomas Muir and Margarot
These are names that every Scottish man and woman ought
to know
When you're called for jury service, when your name is
drawn by lot
When you vote in an election when you freely voice your
thought
Don't take these things for granted, for dearly were
they bought 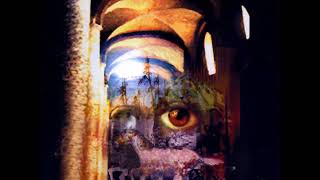