I was listening to the news the other day
I heard a fat politician who had the nerve to say
He was proud to be Scottish, by the way
With the glories of our past to remember
"Here's tae us, wha's like us", listen to the cry
No surrender to the truth and here's the reason why
The power and the glory's just another bloody lie
They use to keep us all in line

Farewell to the heather in the glen
They cleared us off once and they'd do it all again
For they still prefer sheep to thinking men
Ah, but men who think like sheep are even better
There's nothing much to choose between the old laird
and the new
They still don't give a damn for the likes of me and
you
Just mind you pay your rent to the factor when it's due
And mind your bloody manners when you pay!

And tell me will we never hear the end Of puir bluidy Charlie at Culloden yet again?
Though he ran like a rabbit down the glen
Leavin better folk than him to be butchered
Or are you sittin in your Council house, dreamin o your
clan?
Waiting for the Jacobites to come and free the land?
Try going down the broo with your claymore in your hand
And count all the Princes in the queue!

So don't talk to me of Scotland the Brave
For if we don't fight soon there'll be nothing left to
save
Or would you rather stand and watch them dig your grave
While you wait for the Tartan Messiah?
He'll lead us to the Promised Land with laughter in his
eye
We'll all live on the oil and the whisky by and by
Free heavy beer! Pie suppers in the sky! -
Will we never have the sense to learn? 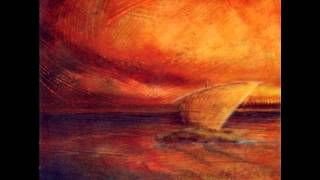