Oh boy, so this what you been waitin' for huh?
Well here he is

[Defari]
I'm off the chain
Like runaway slaves with gauges
My life had to change, so I broke through the cages
Faced the nation, lyrics for you shitty critics
Bottle of whiskey, you stressed man Herut be sippin' it
Open the gates, get it on don't hesitate
Stompin' like King Kong nigga, from the Golden State
Holdin' weight in the Pacific-10 Conference
You f*ckin' wit Defari man, you f*ckin' wit a monster
Big rhymes, big shows, big sponsors
So big, sometimes I think my name is Swanson
But it's not, it's O.G. Dwayne Johnson
With diamond cut rhymes that be costin' when I floss 'em
I beat the papers and the blocks for new stocks
A blue faced watch, full of rocks and new socks
And new draws, Big Daddy like Lou ????
The style that I kick move shit like U-Haul
I'm givin' back what you lack, and that's that
These square niggaz wack, look at that, and that's that
Los Angeles, see a fake dude, dismantle him
Snatch him off his high horse of course de-saddle him
Why battle him? this nigga silly, geeky, garbage
Prankster and fool I drop a jewel of knowledge
Went to school through college, a ?????????? abolish
Defari, a cold guy with a style that's polished
Like Sepulveda and Venice car wash The street star stop, blow a blunt
Game's choppin', tall cans pop
I beat the streets and the blocks where birds flock
These pretty little bitches wanna jump and bump cocks
So four fingers up - make sure the two's cross (West Coast!)
The West Coast gotta make room for a new boss

Odds & Evens huh?
Defari, the new ablum huh?
Aye, give us some more, can ya?

[Defari]
Toss around your mind when I rhyme
Advance with killer lines, come and get it it's dinner time
They hungry for more and more words that I spit
From ex-tended clip, with an AK-47 back kick
Back flip quick from multiple hits you bastard
You've entered a world of a nigga who came to smash it
I've had it up to here with you silly cats
I'm twistin' a Philly bat, and sportin' a new L.A. fitted cap
A tall can, leave me alone with your small plans
I'm holdin' a family, you a small man little kid
You just a little big, I be wit official niggs
See basically you not built for this
See I be killin' these streets
Like big trucks on 22's, and 21's, plenty rum the style that I use
Twenty tons, many guns - collapse your flimsy lungs
Flimsy tongue, y'all relic niggaz done

Defari you somethin' else baby
I can't wait to hear the rest
Odds & Evens baby.. 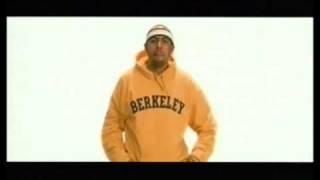