It was then I heard that foghorn blow
An ocean freighter crept down below
But I could hardly see, the icy wind was dicing me
I opened up my hand and let my pistol go
Into the fog below

Then I staggered to some tenderloin bar
Friends of ours had asked where you are
But I don't have a clue
You know I don't know what I'd do
Here's a dollar, go on jam it in your jar

And now lets drink to Joe
Joseph B. Strauss
Everybody in the house here's to old Joe Strauss

In the morning comes a knock on my door
My head was pounded from the long night before
I looked through my peephole
I started sinking in my soul
Some detective come a-knocking on my door
What for?

So I opened up and I shook the man's hand
He says, "Uh good morning David I'm Inspector Callahan"
I said "That's got to be a joke
You're none of that dirty Harry bloke,"
But with a name like that I guess I understand
"Good morning Inspector"

So I offered the inspector some tea
And I say "Now why on earth have you, uh, come to visit me?"
He said "We found a body on Forth Scott, bullet riddled
on the rocks
That's why I have come to visit thee
Double-D
Wait a minute that's me
I think he's on to me

So then I noticed he had not touched his tea
I say "Now come on Harry you don't think it's me
You see I've got an alibi, I ain't the guy
I turned around and she just vanished into the sea
It wasn't me Harry

He says I don't believe you're telling me the truth
You see I have evidence here to give me the proof
They found this pistol on a ship
The Chinese freighter Yom Dom Kip
This pistol here is registered to you
Is that true?

And that body that they found in the bay
Ballistics made the match just today
Besides they got it all on videotape
These pictures ain't a fake
I believe you'll be coming with me Double D
Okay Harry, you got me

I said "Okay, alright, I'll go in peace"
And the stupid-ass he didn't even cuff me
And I got into his car but his car did not go far
You see I had some plans on getting myself free 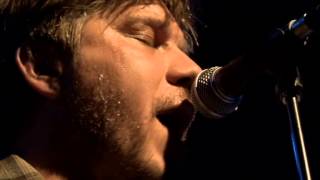