Let me tell you about Michael Raines
Got involved in the distribution of cocaine game
Parents kicked him out, girlfriend Kristin the same
Cops come flush it down, down, down the drain
Cat on the mouse and the cops on the cat
No traps could keep the acid brats
With pure plush leather seats for drums
We could never get away from those
Outer suburban perimeter strip mall slums
We were stupid then
Trying to capture the zen of broken glass bombs
Well, great adventures on the jersey shore
Pouring motor oil in the pool of the girl next door
Iron Maiden, Radio City Music Hall, 1985
We were clones for the headbangers ball
We weren't punks, we were cheese and corn
We were born and bred to fill out the college form
But Michael couldn't make the grades
If he got B's and A's he would've had it made
His adopted dad said he'd buy him a porsche
If he got back on track, you know, back on course
But Mike was bored with these attempts to buy love
He was always bored and left alone
In that home on the hillside above
But most of all he was bored in those attempts to buy love
La-la- love. la-la-love
Well, back to Michael, what was his deal?
You know, he's just trying hard to taste the feel
His cigarettes was his food, his beer was a meal
You know, he loved spinning so he jumped on the wheel
Old man Michael was a friend of mine
We got in cool car crashes in the summer time
Participated in petty crime
Well, I moved south and he ended up doing a little bit of time
When all along he was just looking to have a good time 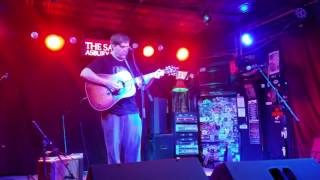