"Bloody Revolution"
by Crass originally
recorded 1980
You talk about your revolution, well, that's fine
But what are you going to be doing come the time?
Are you going to be the big man with the tommy-gun?
Will you talk of freedom when the blood begins to run?
Well, freedom has no value if violence is the price
Don't want your revolution, I want anarachy and peace
Chorus: You talk of over throwing power with violence as your tool
You speak of liberation and when the people rule
Well ain't it people rule right now, what differnce would there be?
Just another set of bigots with their rifle-sights on me
But what about those people who don't want your new restrictions?
Those that disagree with you and have their own convictions?
You say thay've got it wrong becuase they don't agree with you
So when the recolution comes you'll have to run them through
Yet you say that revoution will bring freedom for us all
Well freedom just ain't freedom when your back's against the wall
Chorus
Will you indoctrinate the masses to serve your new regime?
And simply do away with those whose views are too extreme?
Transportation details could be left to British rail
Where Zyklon B sucessed, North Sea Gas will fail
It's just the same old story of man destroying man
We've got to look for other answers to the problems of this land

Chorus
Vive la revolution, people of the world unite
Stand up of courage, it's your job to fight
It all seems very easy, this revolution game
But when you start to really play thing won't be quite the same
Your intellectual theories on how it's going to be
Don't seem to take into accoutn the true reality
Cos the truth of what you're saying, as you sit there sipping beer
Is pain and death and suffering, but of course you wouldn't care
You're far too much of a man for that, if Mao did it so can you
What's the fredom of us all agaist the suffering of a few?
That's the kind of self-deception that killed ten million jews
Just the same false logic that all power-mogers use
So don't think you can fool me wiht your political tricks
Bovernment is government and all government is force
Left of right, right or left, it takes the same old course
Oppression and restriction, regulation, rule and law
The seizre of that power is all your revolution's for
You romanticise your heroes, qutoe from Marx and Mao
Well thir ideas of freedom are just oppression now
Nothing's changed for all the death that their ideas created
It's just the same fascistic games, but the rules aren't clearly stated
Nothing's really different cos all government's the same
They can call it freedom, but slavery is the game
There's nothgin that you offer but a dream of last years hero
The truth of revolution, bother..................... is year zero 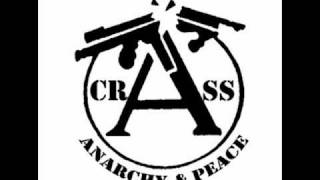