Chorus: Beg the question, bend the truth
Bail out the basement while there's holes in the roof
In the beginning they said there was light
There ain't much left of it now
We're lost in the darkness, searching sound and sight
Of an answer to the what, where or how
We're talking 'bout freedom while we're locked in a cell
Dreaming of a world without war
Forced to live on the boundaries of hell
Like no-one's ever thought of peace before
What's the point of preaching peace if it's something you don't feel?
What's the point of talking love if you think that love ain't real?
Where's the hope in hopelessness? Where's the truth in lies?
Don't try to hold my hand if you can't look me in the eyes
Chorus
In the beginning they said there was light
But somebody's burnt out the fuse
And now we're all lost in eternal night
Looking for a candle to use
Lots of little candles, isolated hope
Frail little flames in the gale
Lost little people who just can't cope
Knocking their heads on the nail
What's the point of talking freedom if you just protect yourself?
What's the point of preaching sharing as you accumulate your wealth?
It's so easy to be giving if the things you give ain't real
It's easy to lie if your ignore the things you feel
Chorus
In the beginning they said there was light
But we never had the eyes to see
But rather than struggling or putting up a fight
We ran like lemmings to the sea
No-one really wants to get it all together
It's easier to just grab what you can
Everybody's going it, hell for leather
Building little castles in the sand
Hypocrisy, delusion, lies, pretence, deceit
Think only of yourself and the world's at your feet
I don't believe the things you say, you make bullshit of the truth
The game you play's offensive and you life's the living proof
Chorus (x 2)
In the beginning they said there was light
But I'm tired of hearing their lies
I'm tired of deceit, gonna put up a fight
I'm going to use my own eyes
Gonna make MY decisions, live my own life
They can keep their darkness and gloom
Hypocrisy, trickery, I've had enough
They can keep their destruction and doom
I've only one life and I'll live it my way
They can keep their restrictions and law
If they think different I'll have one thing to say
"f**k off cos I've heard it before"
Explain lyrics
Correct lyrics 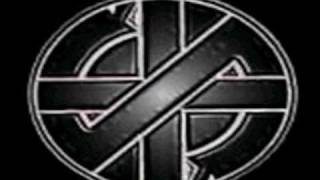