Get Up Lyrics (feat. Mariel Jacoda)


Game don't wait (heavy. wait.)
Eyes heavy but it's time to grind motherf*cker
Can't be late (hold up. wait.)
f*ck a nine-to-five, push work state-to-state (shit)
No work, no food, still eatin' off paper plates
Banana clip is a paperweight, paper mate
Tell 'em how you're married to the game
She f*ckin' everybody but you still put a ring on it, on it
Keep it one hunnit, homies, home is where the homies
Home is where the homies got your back
Get your backpack get
Back to the block, bring it back to the block, shit
Slangin' crack beats cracks into Sacroiliac
But the Glock cocked back, lay another body flat

Hustlin' is a habit, so they say
This is for the G's who wasn't trippin' and never knew any other way
Other ways of gettin' money, not many do not require
A degree of separation from the streets you gettin' paid in
In which the degree of difficulty is extraordinarily high
And she high while doin' it so see why
Somebody who isn't from it might not understand
How you body a body in other words (how I could just kill a man)
And still a gram is a gram and nobody is Instagramin'
They killin' on Cypress Hill and they still is squeezin' the hammers
Police is beyond the scanners, these some obsequious bandits
And brandishin' flags of function
You f*ck a figure, it's fashion then flash on a motherf*cker
You f*ckin' seeing the passion, forgetting the hunger
This the jungle, time to get active and crack it So acrobatic, it'll flip in a sec, but set's up and no second guessing
Here in the street, people sweating for the money

No time for wifey's babies or other collateral damage
Checking for snitches, they be the ones order tacos in Spanish
Always thinking that they blendin' in, but then sending them telegrams
To the rollers, they bitches, not meaning feminine
Meaning, f*ck it, ain't no explaining, get the f*ck up and push cocaine
All these f*ckers gon' sleep all day
But if you suck up when one of you step up to these bucks
Knock if you lacing up them chucks, no Taylor Gangin'
This shit is grimy and dirty, clothes stankin' while you slangin'
Get up out to the blacktop, backpack for the crack rock
Take shot at the cops at a spot where they knock a neighborhood watch
Watch him, learn the code if them eyes are closed
That means he sleeping on his feet and been out in the cold
And if he flashin' the gold
He either new or want action and got back up on the toes
Study all of your fractions, get up on the honor roll
Roll the marijuana then flip the hoodie up and get ghost

Here when they turn on the street lights
Hustle 'til they cut 'em off, that's the street life
Got the chrome on my hip and a bird for sale, ayy
And if you trying to take this spot, better think twice
This ain't play time, you're f*cking with my life
I'ma do what I gotta do to get my mil'
I gotta get mine, I gotta get it 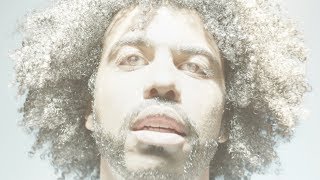