Inside Out
Clipping.
Wriggle Story 5 The Show Wake Up Nothing Is Safe Say The Name Shooter Mobb2it Studio Freestyle 01 Attunement
Official page Inside Out video Clipping. twitter Clipping. facebook


[Verse 1: Daveed Diggs]
Wa-lah!
Pullin' rabbit food out of parker
Carrots catch the light right, up the block from the farmer
He got that lettuce, that cabbage, that broccoli
Tryin' to catch a fire
Locks like Marley
That Chevy frame rattling like a Caribbean roof-top in the rain, and the window panes wiggle following suit
And the black suites sell bean pies, and the cream suites shout soap box
And the lime-green suites send angles to the streets with botox (Shh)
Don't talk
Cuz there's rollers in the corner (whoop! )
Football on the blacktop
Little C rush the quarter
Five alligator, six alligator, seven alligator, car!
Game on, till the street lights came on
Crowd out by the Save-On
Paper bags 'round tall cans, talkin' that old manishness like
"Man, when I was 22 I woulda coulda used to be the shit!"
Or the high-waisted bikini model standee
Two eleven in penny candy

[Verse 2]
Donald Duck, Sunny D, Tampico, Capri-Sun
Orange couch, plastic wrap, what's happening re-run
Oak frame hologram Jesus portrait
Brown shag carpet, broken screen door to the back porch
Tykes in the toilet gurgle every six minutes like clock-work
Grandfather's clock not working
Great grandmama's Crock Pot chocked full of stew meat 'Who, me?' said a speech bubble on a dog on a Sunday morning comic
Clipped and stuck up to the fridge with big chip bag magnet
Big chips stacked in the armoire
Behind glass, where the dominoes and the Bicycle cards are
And the thick, yellow and crystal tumblers
One sits on the table
With a single ice cube melting into a thimble full of Jack Daniels
The telephone receiver hangs
Swingin' by the cord
And the front door is swingin'
Wide open, accordingly
And that big block engine turnin' over in the Caprice
That's peelin' out of the driveway, lettin' the tires schreech

[Verse 3]
Orange cones and yellow tape
Palm trees swayin', passers by all look the other way
Nobody speak to police this or any other day
They comb the streets, knock door to door asking for mother's sake
Trying to catch another break
Body on the pavement 'bout 10 steps from the front porch
Photographer snappin' pics to go with the coroners report
Of the seven exit wounds, three in the skull four in the torso
Blood spread dry, red black red snapback even more so
Lays three paces to the south
The direction of the wind
New deputy pissed picking up shell casings again
Finds one in the browning grass by the sagging four foot high chain link fence
Drops it in a bag marked 'Evidence'
Here come that Caprice again
Rolling too slow up the street men sit four deep in
They seats and slow up by the scene, bandanas hide they faces
But all they heads are shakin'
They nod in unison and hit the coroner without breakin' 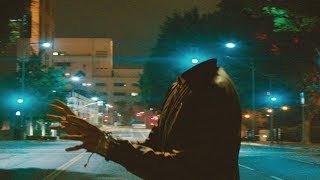