[Verse 1]
Yuh, yuh
Tell me why you had to send your boy my way? (yah)
Well tell him pull up to my driveway (man)
'Cuz he's a bitch and he 'gon try me
If you talk hard on the internet then find me
You stupid bitch you had to talk, now you're f*cked
You leaked my password, my address, my number for what?
So you could finally feel validated, bitch you a slut
And every guy is gonna realize that you is a cunt
You went and told your boyfriend that I been hustling drugs
You just manipulating him like you manipulate us
Well why you do this shit bitch, does is give you a rush?
And send a shiver up your back just like your clit's getting touched?
Bitch I got goons that I could send until his ribs getting crushed
So tell him back the f*ck up or else the biscuit will bust
This little p*ssy really thinks that all this beef is a game
When I got people on my payroll that'll make this punk pay
Man, I told you all that shit in confidence
But now you acting like a bitch 'cuz you 'gon talk to him
And snitch on me for shit I used to do that holds a consequence
Then hop back on your Instagram to act like you've been positive
You should've thought before you speak about me
You know I got some anger issues and a fire to feed
Well bitch it's time to let it burn since you did it to me
I'll let them know about those secrets that you've hidden so deep
Your mother wants to leave your dad but got no money to eat
And plus your daddy lies to mommy bitch you said that he cheats
So then your mommy put some cameras up to watch while he sleeps
And told him that it's for the dog so they could watch when they leave
Yuh, but babygirl would you look at us
You made the recipe but I'm the one that cooked it up
You was acting crazy way before we looked to love
But you 'gon try to lie and say I caused it 'cuz you shook as f*ck
I took a bus to meet you, drove a day and a half
Just to see you slit your wrists while you laid in a bath
I told you baby please calm, do not think of the past
But where's the toilet paper at, I need to patch up this gash
'Cuz that shit bleeding pretty bad, then I asked her why she's sad
She said she was assaulted at the f*cking age of ten
Told me she was forced by a f*cking family friend So I went and asked her mother if it's true and she just said "When? And Who?"
I said the name of the male
She said "No it can't be true, he was already in jail."
At the time of when she said it all happened and shit
So I guess she craved attention to be happy as shit
But how the f*ck you gonna lie and then pin it on a guy
Who's already doing time. What the f*ck went through your mind?
Is this bitch that delusional to lie about a crime
Just so she can get a little sympathy from every guy
I guess so, so let's go
That's more sick than strep throat
You told me and Tucker Fred the same shit, heck no
He called your mom to tell her 'bout it at the hospital
And she called me after that to say it's not real
I never told you that bitch, but how do you feel
Knowing that your own mother don't believe the ordeal
And said that you create your own f*cking problems in life
But instead of getting help you just bought the advice then hopped at a knife and sliced everything in your path
This is savage mode bitch, should I bring up the past
And talk about all the tats on your grandfather's hands
That show affiliation to the gangs up in Chiraq
You told me more than once that if someone was talking shit man
You'd call him up and tell him, and he'd probably send a hitman
Well do it, call him, and tell him what I said
I'm already dead bitch so put a price up on my head
Ha, but you ain't gonna do that
'Cuz in reality you know the shit that I could do back
And I won't hesitate 'cuz I got homies who would shoot back
Without a hesitation, if you doubt it I could prove that
Bitch, but what the f*ck do you do
When I told you not to spread some rumors or I'd happily ruin
Your career and your image, the respect you're pursuing
But still you went and told your fans that I was mentally abusive
Look who's talking!
See, I remember a time
When I was sick of all your bullshit, I was sick of the lies
I told you that I couldn't do it and I wanted to try
To take a break away from you but then you threatened your life
You f*cking trapped me. You f*cking trapped me!
You took a bottle of pills and said "You happy?"
I didn't know what I should do so I just ended the call
And told the operator that this bitch was ending it all
Yeah
Explain lyrics
Correct lyrics 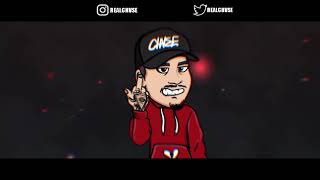 check amazon for No Filter mp3 download
these lyrics are submitted by itunew3
browse other artists under C:C2C3C4C5C6C7C8C9
Record Label(s): 2018 CHVSE