[Timbaland]
Baby girl I think we need to sit and talk, talk, talk
Playing with my money, paper, scissors, rock, rock, rock
Blowing up my heart then stick a pen and pop pop pop
Either you ?, don't know what you got got got
I could be wrong, you could right
You probably be alone, I probably not
Well listen girl, you acting like an idiot
Really try to love you but its getting hard, hard, hard

[Timbaland]
Well I can take you back to the spot you was ?
Make 'em return my paper, scissors, rock, rock, rock
Maybe you can think about the shit and stop, stop, stop
Climb up on this boat and show me how you ?

I could be wrong, you could right
You probably be alone, I probably night
Well listen girl, you acting like an idiot
Really try to love you but its getting hard, hard, hard

[Big Sean]
Okay woah there, woah there, is you noodle
Cock-a-doodle
Are you crazy, crazy, crazy bitch
Did you knock a couple screws loose?
I know what time it is, only cause you *cuckoo*
I got bitches jumping for me like a bouquet by the beaucoup
Are you tryna leave, ay you trippin, tie ya shoe lace
You's a dime bitch, cause you two-faced
And you gave me heads and tails
Throw it at me baby, I be the wishing well
For real though, I know our shits not perfect
We connected in our space where our love's written in cursive
Put that rock up on your finger
Paper in your hands
But you can't cut me out
Bitch this aint no game 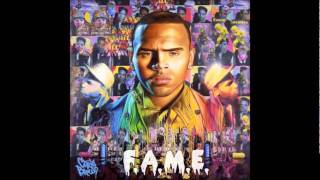