I don't know whether it was the Ritalin
Or he was just spaced out but
He just sat there writing words and, didn't make any sense
Maybe got too rough with him but
Times were different and look how he turned out
He turned out okay, yeah it was okay
Yeah, my slow mind races on auto-pilot
Reachin my arm's limitation, born a baby giant
Wishing my mom used birth control so I scream in silence
It's bittersweet, enough time to be wickedly good, as a dull diamond
My voodoo science is terribly please live in death, tragic comedies
Uncrowned king of wordless books and forgotten memories
It's a victimless crime, I want a virgin birth
An uncommonly normal unwelcome greeting I receive for this Earth
It's a religious war, my music's a complete success
It's the audience that's a failure, am I wastin my breath?
A wise fool possess drowning in the dry pool of bliss
You thank God you're an atheist
my writing shits on Macbeth
School interferes with education
Only thing I don't procrastinate with is procrastination
you got Van Gogh's ear for music
true fiction
I'm thinkin out loud -
using dumb wisdom
I've been overlooked, and I've been shitted on
Step-father broke my jaw, my momma kicked me out
Lived in the graveyard, was almost down and out
Had women break my heart, was cursed before I start
But still I had my art, I cried in the dark
And my control of words, is all that I got
So I am satisfied, since it's a gift from God
I'm gonna share with y'all, the silent art child
It's easy to just sit there and judge me
But you weren't there, I'm his mother
I was in the projects taking care of his so-called creative ass
To just say that I sat there and did nothing is really heavy
They say that no one loves a genius child
As quoted by Langston Hughes invited exile
I'm not okay, I'm a beautiful beast imprisoned while with a frowned smile
Blood healed, awaken dreams, crucified spittin violent vows
Lying vows, standing bows,
optimistic pessimism
Blind justice, eyes without sight, claimin to have vision
I'm like an angry corpse that is dancin in his own grave A fully mixed Mulatto son of master half of freed slaves
Write my wrongs, silent songs,
taking paralyzed steps
I started out with nothing and I still have most of it left
You gave me nothing to live up to, how could I disappoint?
I stood in the way of you bein dead, my strongest weakest point
Abused cause I didn't do what you told me to do
When you didn't know what you were doing, all high and confused
My silent art child, smart heart scarred
Keeps me lovin you knowin you gonna hurt me, you've done it before
Y'all don't deal with that
I mean in the end what does it matter?
I refuse to allow anyone to make me feel any way about my life
Yeah, an honorable villain and damn saint
That's brutally comforted in my sick health, and baptized in hate
I tried not to think, I quietly just wrote my rhymes
Abuse casted a shadow that has lasted a lifetime
Questionable answers that's for my
humble arrogance
Exposed to virtuous lies
taught with ugly attractiveness
, parents unconscious competence
Busy relaxin, I'm an on-purpose accident with no past defense
Feared like poor millionaires living in Hell's paradise
We're alone together in this organized mess I write
Sky raining mute, idle chatter, bad angels sound
Rival containing vital viral matter, clouds on the ground
Trying to get a handle on my own moods
Trying to prove I'm more than dirt on God's shoes
I swear these syllables I cues that I choose
Are too many mirrors of misery and riddle me physically
Challenged artistically, definite even contradictory
Placed words next to each other that'll confuse but clearly
As a kid writing rhymes with severely broken fingers
Developed ability to write with either hand, Satan won't stop my English
Remember kneelin praying, askin God why
35 sleepin pills and I didn't die
Silent art child, lost like one tear in the ocean
There isn't a locked door that my writing can't open
And we all have scars
I could pull mine out too
But if it didn't happen that way
You guys wouldn't even know who he is 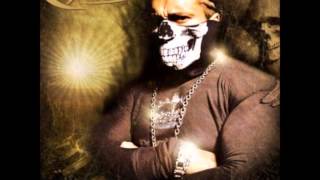