[Verse: CHIKA]
Fairy tales are stories with lessons and allegories
That tell us about the world that could be
But I see no mention of bad shorties or niggas sippin' on forties
No heroes inside a book look like me
I don't ever mourn my childhood
Know my folks is happy that they child good
Imperative a narrative reflect what's up in my hood
Figured that the remedy is simple
Let's make a couple hits for all the kids that need a symbol
Let's remind them that they matter, the media can chatter
And peer into their lives to form statistics, like we data
Spin a yarn 'bout candy ladies or 'bout waking up on Saturday
Mama blasting gospel, cleanin' house gon' take 'bout half the day
Afterwards, we pass a J, think of all who passed away
Smoke blown out the window
That's a sin, though, know what Pastor say
In services 'til late noon, wafers paired with grape juice Create a classic spittin' 'bout some shit we can relate to
'Cause ain't nobody talking bout a beanstalk, nigga
Lemme tell you when the threes drop, nigga
We get higher than the treetops, nigga
Pied Piper gone to jail because the streets talk, nigga
Role models only real until the beat stop, nigga
Karens love the coloreds if it's Deepak, nigga
But her walls so dry, call it sheet rock, nigga
This is heat rock, bigger than the world that I'm livin' in
If I gotta kill a beat, I'll make it deliberate
Fee fi fo fum, we live, go dumb
Get a little streetwear, now you think you know some
Show and tell, dress up, little weird after you four-some
Fiendin' for oppression, I can really let you hold some
Better bet they show they ass, better bet I throw sum
Jumpin' through the hoop like an acrobat
Then a nigga jump into the booth after passin' that
My people the truth and so it's true, they be after that
Explain lyrics
Correct lyrics 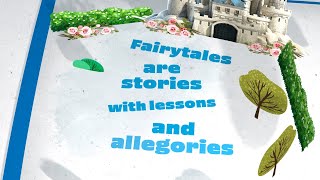