[Verse 1]
Look, tell 'em cut my motherf*ckin' mic up
You can leave the lights up
Just so everybody in the room can keep they eyes up
Ima drop a banger just so I can get my price up
Damn, I gotta wise up if I wanna rise up
If I'm really that bitch
If I'm far from average
These niggas is mad rich, but I can make 'em richer
And here's the greater picture, that's when it starts to hit'cha, it ain't about the journey, it's about who take it wit'cha
Cause I ain't tryna get into no issue with no underhand deals
Find out that you stealing to spend on your man wheels
That you really living all up in the damn hills while I'm out in Alabama still havin' to plan meals
Cause checks don't come as often as they used to
Damn, this independent life gon' take some getting used to
Got my idols handing me the crown, they like "it suits you"
Only ones that matter they can hit me on my Bluetooth, you knew 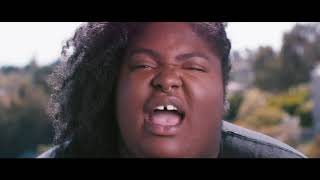