Set It Off
Chaser
Look Alive Know Your Way Dust In The Wind Numb America An Ode To Orange County And It's Scene, Or Lack Thereof Backup Autopilot Mind The Masses Existence Is All We Share Status World Of Routine
Set It Off video Chaser twitter


We’ve got the angst and adrenaline.
The serotonin is gone, acting up again.
Hey tonight, it’s a beautiful sight!
Rally the kids, now we’re doing alright.

But it’s not a riot, though it’s due in time.
I can’t see that one side of me.
Aggression abounds, and sirens will sound.
And now we’re going down.

Burn tonight it’s a beautiful sight!
It’s in your eyes, burning bright.
We’ve got the fuel and we’ve got the light. Alright! Go set it off, man, we’re gonna ignite
and I don’t think I can make it on my own.

Let’s do this now!

I’ve got a feeling this is our plight.
The company’s tight, and we’re drinking early times.
It looks like it’s going that way.
We’ll have one more round, then let it all out.
And now we’re going down. 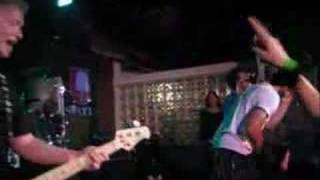 check amazon for Set It Off mp3 download
browse other artists under C:C2C3C4C5C6C7C8C9C10
Record Label(s): 2006 Felony Records
Official lyrics by