Nevermore
Chaser
Look Alive Know Your Way Dust In The Wind Numb America An Ode To Orange County And It's Scene, Or Lack Thereof Backup Autopilot Mind The Masses Existence Is All We Share Status World Of Routine
Nevermore video Chaser twitter


[Verse 1:]
What you said, I would never want to hear the words again,
And I can't sleep because they're ringing in my head,
And that's just the start of it. Nevermore,
I get the feeling that we've been here before,
And it's something we can't ignore,
Because now we're all part of it.

This is the end of a wonderful thing, yeah.
Unknowing, for the best, life will soon change 'til the end.

[Chorus:]
No, never again. That's what she said.
All that you've known, put it to bed, waking up slow.
The day is brand new, likewise am I,
From here we move on and you need not say why.

[Verse 2:]
I have seen careless actions in the face of tragedy,
In the moment we don't realize what it means, Or the lasting effects of it. So who's to blame?
It's hard to point the finger when you're in the game,
But all that matters is if you can change,
And come out stronger from it.

It took so much, now I swear that's not me, no.
And at the time it was too far to see to the end.

(She said it, I know it, never again show it.
Got too much to lose now, a bet I will not take now.
Don't say it, I've known it. Don't look back, I've shown it.
From here now we're moving on.)

No never again, that's what she said.
I've got too much to lose now, I won't take that bet.
Speak of this no more, we'll start a new life.
From here we move on and you need not say why. 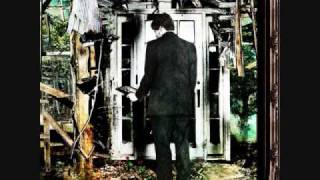