"Here comes the pitch .. and it comes in wide.
And the count now is one and one to Jackie Robinson.
Billy Martin.. "

[Special Ed]
Panic, as another manic depressive
adolescent, stares at death, now what's left
When there ain't no God, and a whole lot of pride
It might be a homicide; so let the drama, slide
We don't want no problems B
Get your name in the obituary column sheet
Cause life is too short, and it just gets shorter
I wish I had a quarter for all my people they slaughtered
last year alone, in the Dead Zone
Walk straight, but don't walk late
Cause I'm comin with a hate only made, from what it made me
Cause nobody ever played me
Now it's, only gettin worse, Buckshot and Ase
in the land of the waste, kickin you in your face

[Masta Ase]
We be doin it up Crooklyn STYYYYYYLE
What does it take to get you WILLLLLLD
My mentality is gettin iller, killer
instinct that's tryin to infiltrate, but wait
I know you wanna enter but I can't let you in
My mindstate's the maddest, I'm Gone With the Wind
Because it is, survival of the fittest
when the shit hits the fan I got my shank in my hand
Black man with the permanent tan
I come from the 'Ville and never ran, damn

[Buckshot]
I'm feelin another part of reality
Hit me when I represent the F.A.P.
Straight from the 'Ville, Tilden played the building
I mean literally when I say I make a killing
for my cypher, see I'm feenin to bust a piper
Original Headz represent the Brooklyn all nighter
Do or die, I'm sayin it's you and I
Bring your click, so we can get Stone like Family Sly
Peace to C.I. and the Bush
Might even see Ruck and the Rock givin the push

[Special Ed]
You know where to find me, whenever you need me
If you know the Ave., follow the path
to the land of the aftermath
but don't frolic in the midst, crazy ass Crooklyn kids
Cause they always throwin a body on my lawn
I'm gettin a Rott-weiler, without a collar
Get off my block boy and give me a dollar
for the trouble, or get blown up, like a bubble

[Buckshot]
Let's take a sec to think back, the year of the seven-oh
When Brooklyn was the place to go
Flow, on a journey up to Crown Heights
Ebbets Field, feel the reel to reel on your life
Trife, individuals live in the PJ's
Dee Evil, check my DJ
Hey, play what I wanna play in the day
But in the night, I feel the right took a left
Bucktown, Brooklyn break it down
Heads from state to state, travel as I unravel the rate
How it, tapped Scott and Sutter
I remember way back in the days playin hot peas and butter
Brother, if you want another lesson, Crooklyn, session
Take it back, Black Smif-N-Wessun

[Special Ed]
Press your luck, you get stuck by Buck
for your bucks, Masta Ase, has the taste
for ducks, and duck sauce, so tell Lord Digga
Dig a grave for the bones, sticks and stones
While I kick some ancient poems, through your domes
'Act went back, to attack your homes
So Tip, can I flip? (Yes you can)
I'm in the World War, with Muhammad my man

[Masta Ase]
Feels so good to be a Crooklyn Dodger
Uh-huh, what's happenin, to ReRun and Roger?
I think I seen em wearin Timberlands and runnin down the block
from D'Wayne and D'Wayne had a glock
Cause he be sellin rock for the Partridge Family
And Ruben Kincaid drives a 300-E
And he be pimpin Chrissy from Three's Company
Plus he stuck Mr. T for all his jewelry
This is a 70's thing from the days
when kids didn't act so crazed, in Crooklyn 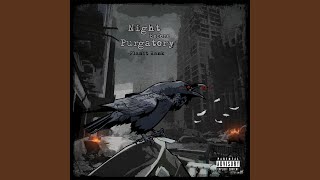 check amazon for Crooklyn mp3 download
these lyrics are submitted by kaan
browse other artists under B:B2B3B4B5B6B7B8B9B10B11