[Verse]
I'm f*ckin' with Alizé Bleu again
And now my ego is tellin' me it's me against you again
I had a right-hand man and then I kinda lost two of them
Killers, knew a few of them
Uh, some incarcerated and some are sittin' at home
Livin' with ghosts
I could have got the Phantom but I wanted two doors 'cause I prefer solo
I knew a couple maniacs that put it in my hand and told me run up and shoot but I hit the goalposts
That's on my mother's, I'd be lyin' if I told 'em that I didn't come close
That's the last time I ever called a jail cell home
I'm looking at a couplе acres, three to be precisе
Used to have to use my sleeve to get the claret off my knife
Trackies and some Nikes, runnin' for my life
Cah you know it's that time when you see them blue lights
Stumbling through nettles, stung head to toe
f*ck it, get a cold bath the minute I get home
Them times I had an older bitch livin' on her own
And she taught me me how to build blue slims, flip mode
Taught me how to get high and let go of control
And that's the same year Risky got killed
I didn't know him that well but guns don't respect no one and bullets leave holes
God rest his soul
Hollow tips will make a man's body turn cold
Man are using man bags to carry their weed, but we wouldn't bring a pouch unless there was a snub nose
We're gettin' lost in my younger days That's 'cause I'm f*cking with that Alizé
And I'm a made man now but I was a recruit like Leonardo was to McConaughey
f*ck a psychiatrist, f*ck therapy
That's how we live when you come from skeleton city
When it gets dark I just bring them skeletons with me
And the bottles done like I'm Irish and it's Guinness
Stood starin' at the statue of ecstasy, I got it with a matte black finish
I had the 23's imported from Germany, if you haven't noticed the double R's not spinnin'
Yeah, I thought I was the only one who'd look cold blacked out
But when the grim reaper walked up to my hospital bed and pulled off the covers, I was layin' there grinnin' (Woo)
It's only a resurrection when a real one's risen
Come a long way from her majesty's prison and I like it better when the lyrics not written

[Outro]
Ayy
What you sayin, Blinkie, I can talk for a minute, yeah?
Okay
Let me just hold tight my mum on this one
Cah I've said some shit on this album, I hope it doesn't upset you
You're a real queen
And I remember you sittin' in that interview room and the police was tellin' me I was looking at attempted murder
And you hidden my phone in your bra, allegedly
I f*cking love you forever, that's a real queen
King of the North
The 61 'til there's no one left
Huh?
Only the real understand
The Resurrection
Constantly workin' on my imperfections, it's Bugzy Malone
Dun know, ah
Explain lyrics
Correct lyrics 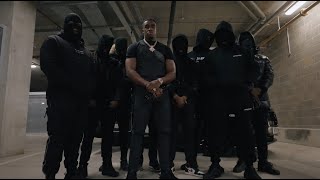 check amazon for Skeletons mp3 download
these lyrics are submitted by OFFCHART3
browse other artists under B:B2B3B4B5B6B7B8B9B10B11
Songwriter(s): Bugzy Malone
Record Label(s): 2020 B Somebody
Official lyrics by