Did It And Did It Lyrics

Did It And Did It Lyrics


Lynch):
I feel my nut sacs loadin' up
Get off the freeway at Broadway with saccage like a muthaf*cka
Gots to parlay, I was off that Alize like everyday
I was on stuck, hoes ain't shit
So I f*cked that bitch in the back of the cut and got the f*ck up
Saw my nigga Phonk Beta, picked him up
He had a fat sac of bomb and a blunt, I was like 'roll it up'
Now I'm twisted, with a pit's grip on the Alize
And two miles away from a top notch I met the other day
Groom yourself, I'm on my way over
In my brother's cocaine white Nova
Shift kit, high rise intake, man, a 4-3-50 motor
Now you know this wasn't no bitch
She had a nigga nuttin' quick and she could suck a good dick
I was all up in it, situation was faulty
Had to report back to the captain, and she told him she never saw me
No matter what you saw about that hoe
She said 'meet me at the mo-mo' and she told you she didn't go

(Phonk Beta):
Cuz she's a bitch, whatever would I love a hoe for?
I bust a nut and then I'ma cut right out the back door
Didn't know she had a funky rotten p*ssy
They could be strapped at the sideshow, check it out
Nowadays you better be strapped before you tap that ass
If not she'll have you pissin' out broken glass
Ain't that a bitch, she got you stuck with a shot in the butt
Was it really worth a nut? Check it out What about that dummy, that one that got hooked on marijuana
Got her budded, and she nutted, we both was in the sauna
One nigga mobbed to the store for ya Donna
Well clean the wax out ya ears and hear the drama
Cuz I'ma tell it the way it couldn't be told,
sold it the way it couldn't be sold
Nigga who you talkin' bout? Bout these young sweet hoes
So tick tock, it don't stop the hustle
Donna went down lip locked on my love muscle
I'm JB the Beta manipulator, let me begin
If my dick is in your mouth then my balls is on your chin
Balls is on your chin, the pubic hairs is up your nose
I'm that nigga that gives and you that nigga that blows

(Brotha Lynch):
Around the corner from me
Light skinned, packed, she stood
Muggin' like a maniac in a straight jacket
It was on and crackin'
Knowin' I shouldn't be late night f*ckin' with that shit
But I was off this Perry Mason bout to act like Jason
It was Friday the 13th, my day to work meat
A pack of Blacks, and a half a 20 sac of the Thai and some O.E.
You know me, I f*ck long and nut long
Hit you in the face with some of that silky,
hot and sicc and make you mind strong
Grab your knees and let me lean back
I'ma grip your clit with my lips
And motivate, coordinate 'g' shit
Speak Japanese up in your shit
Watch it all ease up out your shit
And we did it, and did it, and did it...... 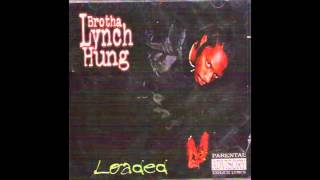 check amazon for Did It And Did It mp3 download
Record Label(s): 2009 Black Market Records
Official lyrics by

Rate Did It And Did It by Brotha Lynch Hung (current rating: N/A)
12345678910
Meaning to "Did It And Did It" song lyrics
Watch Video Comment Enlarge font Correct lyrics Print lyrics