The Godz... (Must Be Crazy) Lyrics

The Godz... (Must Be Crazy) Lyrics

They said The Godz must be crazy, cause I let my hair go wild
Lookin like a nappy nigga child
Black folk say, "Cut that bush"
Quicker than George Bush, drugs get pushed
They want a nigga clean-cut like the Ancient Greeks
but the Ancient Greeks, were f*ckin freaks
I'm gonna let it grow like a forest
Ain't choppin shit down, that's why I hear the sound..

[Sadat X]
Some days I wake up mad and I don't feel like hearin shit!
Put all your talkin to the curb Jack, you don't even know me
Keep thinkin wild, crush a kid when live, big on stage
at a show, not even f*ckin up my cool flow
But this country luck's breakin, there's a war against the righteous
But I got a gun, and the God got one
and his man got one, and we gon' all be armed
The scope is aimed at the White House, and still they say
The Godz must be crazy..

(Nobody do I need! Bitch back up!
You think The Godz is trizznippin?
You flexin! You betta watch yo'self!)

[Lord Jamar]
They say The Godz must be crazy, cause I don't bow to the cross
I even had a Priest get tossed
Teacher of lies, kept his sword
And when you do, you're gonna praise the Lord
Of all things I could, but I don't splurge
Won't submerge myself, in material wealth Just health and well-being through All Eye Seeing
But 85% of y'all is disagreeing
See the Black Man is God and that's an actual fact
But everytime I scream it yo I'm under attack
With the crack on my people like a monkey on the back
Bust it in the brain, f*ck it if it leave a stain, no pain no gain
Black Man, change your demeanor
It's gonna be some shit, when they unleash FEMA
We're headin, for Armaggedeon, I'm only spreadin the facts yo
But since I'm black, they say that
The Godz must be crazy

[Sadat X]
One day I seen a riff, it was three against one
Became three against two cause the one man was black
Now three against three cause Mark the Spark was with me
Four against three cause Daddy-O from Stet was there
Was the odds fair? Have they ever been?
I proceeded with this plan to cut a hole in the grafted man
But then I chilled, I'll wait for the war..
.. then I can off much more!
Skulls on the pavement, bones to bones
Sawed-off, mix it with, micraphone
Whole blocks, filled with, pools of blood
Stars and Stripes burned up in the mud
C-Cypher-Punks jump up to get beat down
Play around with the X and get your eye split
We're goin two to the head Sadat X broke bread
Who said The Godz must be crazy?
Explain lyrics
Correct lyrics 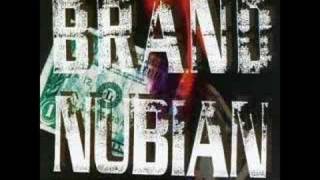 check amazon for The Godz... (Must Be Crazy) mp3 download
browse other artists under B:B2B3B4B5B6B7B8B9B10B11B12
Songwriter(s): derek murphy, derrick murphy, lorenzo dechalus
Record Label(s): 1992 Elektra Entertainment, a division of Warner Communications Inc for the United States and WEA International Inc for the world outside of the Uni
Official lyrics by