Pass me.. pass me the gat, I gotta fight back
I ain't rollin over on my motherf*ckin back (4X)

[Sadat X]
I need seven brothers ready to roll, I mean some real shit
Brothers ready to bust, bust again and again
Snatch the chains off the door my man, this is a stick-up
I ain't bring no funds, just came to snatch the guns
Check it, brothers spread throughout the whole damn store
Don't leave nothin, don't leave a witness
This black man is armed, another man's alarmed
This is the next Vietnam, set it off in the North
My moms is down with it, pops is committed
Something's got to give, I'm like a powder keg
Ready to stick a bank, drivin a high-powered tank
Newsflash -- Brand Nubian, takin fifty hostages
Take em in the basement, feed the punks sausages
(Yo if I don't get em) ?? Twinkies from Hostess
Shoot the faggot in the back for actin like that
From New York, in the East, I'm the black man police
I called the cops for a beef that I had, but they didn't do
a f*ckin thing, tellin me to tone down
As if they was a father gettin red in the face
and they threatened me with mace.. so check it out (HEY!)
So now I'm the wise guy but they ain't tryin to bend That's why I'm here to pretend..

"Gimme a gat I'm bout to smoke this motherf*cker!"

Pass me.. pass me the gat, I gotta fight back
I ain't rollin over on my motherf*ckin back (4X)

[Lord Jamar]
Pass me the gat, and just like that, I squeeze
like a man posessed from the Old West
See I rest in Rule -- keep a tool close
You don't want be the learner that my burner makes toast
Cause today's mathematics is Uzi Does It
I got the automatic stashed in the attic
And it's an Emphatic Now Cipher
if you think you take the life of me without a fight
Huh, I clean my gun with a riprod
Here comes the God who don't eat pig lard
Lord J-A-motherf*ckin-M-A-R
Never passive, the crew grows massive
We get wreck with the tech, blow your mind with nine
Plus we got the shotty for your body
Rodney King ain't this God-ly king
Before I take a whippin, I'll dump a f*ckin clip in
the police, who give us no peace, to be deceased
I'll have a feast, as I commence to slay the beast
So my advice to black men: stay strapped
Aiyyo aiyyo yo, pass that..

Pass me.. pass me the gat, I gotta stay strapped
I ain't rollin over on my motherf*ckin back (8X) 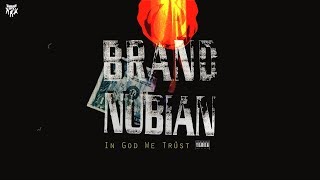 check amazon for Pass The Gat mp3 download
browse other artists under B:B2B3B4B5B6B7B8B9B10B11
Songwriter(s): Lorenzo Dechalus, Derek Murphy
Record Label(s): 1992 Elektra Entertainment, a division of Warner Communications Inc for the United States and WEA International Inc for the world outside of the Uni
Official lyrics by