Well, there's mad gangs, but only one got control
Wherever they roam, from north pole to south pole
Ice cold with a vice hold on all crime
They gettin paid even if they shit is small time
All your dimes'll get took, yo watch them sling (? ) them things
Cause they nothin but a gang of crooks
Things look like they'll be here for a while
Momi and daddy better fear for they chile
Cause they style is not just makin a fast chickens (? )
They also into murder and ass kickin
Distortion and kidnappin, the kid is black
Handsome ransome they just get you your kid back
But either way they gonna make a loot
If they keep the kid he's gonna do a bit as a prostitute
Owin freak (? ) for some t. a. n. g. (? )
From six to sixty-six they count us catchin thick (? )
Shit sticks in your mind
Make a nigger wanna go out and fight crime
I write rhymes as an answer to they gang size
If they wanna jack your car you can sang mines

Gang bang gang bang
Police ain't nothing but a gang #4

Date rapes, got the shakes since the first of the month
So you gotta play, the cheque cash close (? )
You know you gotta make up that loss
So when the cut was butt (? ) and the work was dirt
A whole baggage f*cked up ? ), you know you're de man.
You gotta head him off, if you still want the block
So he can look the other way, if he catch you with the glock.
All de cook up, he might give you the hook up (? ).
So you don't get moves downtown in the tombs New gang member, he's a rookie and his wid extortion (? )
He got a wife and his daughter wanna a pony
His man's a columbian
And they both got they hands in the soup
And you gotta hit off your group
Niggers to be outside til like four in the mornin
Niggers with the toast so when the gang get too close
Naw a gang don't play by the rules and they up they demands
Gotta grease mo hands, gotta get mo work
Gotta get more weight, gotta stay up late
And travel out of state, hey f*ck the gang f*cks nothin
Niggers are bluffin, as they snatch you for the kidnap they don+t even
Show
Got f*cked in the ass, so now who's the hoe
Gang 88 (? ), mo kinds of dicks, don't give a f*ck about the brothers,
As long as they get they cash, news flash
These kids is the worst, if you see 'em
Then you better hit em first,
Don't shoot til you see the whites of they eyes
Hands and thighs, they might front and sell ya been pies (? )
Black man, don't trust those lies
Cause the gangs is a bunch of dicks

Gang bang gang bang
Police ain't nothing but a gang #4

This song is dedicated to all the original gangsters out there
You know what i+m sayin nrpd, nypd, lapd, state troopers
And all the pds in queens, fbi, cia, dea, tnt, atn, ins, fema, interpol,
National guard,
Coast guard, army, navy, airforce, marines, secret service, and all the
Rest of the
Motherf*ckin hogs out there rollin in the mud
Explain lyrics
Correct lyrics 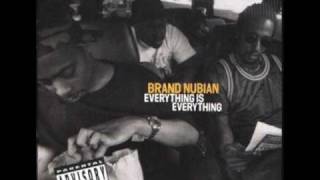