When there was a job to be done
The nation counted on number one
No mission impossible, he did it all
He would never let his fatherland fall

Chorus:
Another mission complete, commando
The elite of the elite, commando

He was a knight of the highest order
Waging mayhem behind enemy borders
Resistance to him was futile, he took enemies apart
The very mention of his name put fear in their hearts
Even after his nations' defeat
He stayed true to his beliefs
He lived by his motto, his honor was true
Sturmbahnfuhrer Skorzeny I salute you 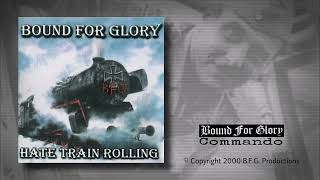 check amazon for Commando mp3 download
these lyrics are submitted by burkul
browse other artists under B:B2B3B4B5B6B7B8B9B10B11B12