When Nothing Remains Lyrics

When Nothing Remains Lyrics


Three young dead in an arson attack
Their youthfull life stolen away
It's the same headlines heard so many times before
Why do the innocent have to pay?
Do you think to them religion really mattered
So much that they'd be killing for?
Innocent victims caught in the crossfire
Now casualties of an insane war

How many tears? How much sorrow?
How many hearts are broken?
I keep asking myself why?
How many more treaties, with useless words spoken?
If we don't stop it now
We are all destined to die

For how much greed and for how much money
Have we been sold?
At whose expense must we die?
What's to believe when all promises have been broken?
And everything we hear
Is a goddamn lie

I don't see a future on the path we follow
A path plagued by death and pain
Please why can't you tell me who has won
When nothing remains? 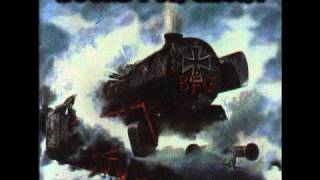 check amazon for When Nothing Remains mp3 download
these lyrics are submitted by burkul
browse other artists under B:B2B3B4B5B6B7B8B9B10B11B12