[Intro]
My uncle cooked crack on the west end
Tried to take his life twice, Jesus stepped in

[Verse 1]
My Jacket cemetary full of dead skins (Dead)
I'm tryna win my bro a [?], a perfect ten
It's some p*ssy ass niggas on that end (Yeah)
Beefing hard all summer, win her best friend
Nigga came to the city and he checked in (Bitch)
Bet a thousand, shoot a thousand, [?] ten
[?], I know smokers with some dead friends
If the devil come knocking, don't let him in
When I pull up, it's a red on red Christmas Benz
[?] say less, it's finesse, is you gon' get in
Shot that boy in the head, he got cradle cap
And he square like a Ramen noodle flavor pack
Guilty by association, bitch you date a rat
It's your mammy and your daddy, that's who made a rat
Mr shoot through your windshield
Mr rolling up a ten pill
Mr go and get your kid killed
I grew up in the 90's, nigga it's been real
All he wanted is a hat, he on his tenth kill

[Chorus]
I had to go put in work for the block
Before them thirty, I rocked with the stock
I had dope in my socks, put them knots in the box
Pray for the day that my [?] get popped
We some foreign slidin' niggas
Big bread winners
Have you ever seen a bitch drop draws in a minute?
Lil bitch, we them niggas
What they mad for?
Ayy, just go and get your bag, ho

[Verse 2: Bossie Badazz]
Just to go and get your kin killed
Live your life, get your money, rep your dead friends (Bleek)
Rappers come to Baton Rouge, gotta check in (With me)
Little [?] ghost, man I make the best [?] (Yeah)
Boosie boys like the Detroit [?]
Free lil' Ralo, all them niggas off the west end
Grind nigga, get your red on red Christmas Benz
f*ck a bitch, dog a bitch, make her talk about it
Don't rap back, kill that nigga, now you really [?]
They need to make a hearse for these niggas
Put a skirt on these niggas
That's how they talk, a nigga [?]
My nigga [?] is walking down 28 Judge gave him 3 for 1, we don't never play
We on that weed, yes indeed puttin' it in their face (Yeah, nigga)
Back on it, like we back sellin' 28
f*ck around, say my name, let the game begin
Devil knocking at my door, f*ck that nigga, man

[Chorus]
I had to go put in work for the block
Before them thirty, I rocked with the stock
I had dope in my socks, put them knots in the box
Pray for the day that my [?] get popped
We some foreign slidin' niggas
Big bread winners
Have you ever seen a bitch drop draws in a minute?
Lil bitch, we them niggas
What they mad for?
Ayy, just go and get your bag, ho

[Verse 3: Mozzy]
Yeah, ay, where he live? Pull up on him, send the killers by
Pray his momma watch him die, that's how I feel about it
[?] but bitch, I still abide
The resume is impeccable, we solidified
I just hope I'm forgiven for all the genocide
Ain't never stood over humans, them niggas living lies
Drop another deposit, I set that shit aside
My lil' brother took 30, be back in 55
They slip and slide, we gon' slide before we slip
'Cause we done slipped too many times, my niggas died behind this shit (Yeah)
On G-O-D, I'm suicidal with this stick
'Cause I know if them people catch me, I'ma die inside the Benz

[Verse 4]
I put dope inside spots
Had hoes selling twat
Bust a Rollie down with rocks
Put extendos in Glocks
I put it on your top
Don't be playing with my cash
We ain't jumping on the stand
We gon' lay in niggas grass
Yeah, the feds on my ass
So, I gotta move smart
We got pounds of the gas, that don't mean I gotta fart
Bust down with all glass, you could see me from afar
Put your hands on me, nigga, I'll put your ass apart
Read my nigga paperwork, that shit broke a nigga heart
I done ran my paper up, p*ssy boy, let's go to war
Handcuffs on my wrist, I can still see the scars
Now , it's 60 on wrist, free my niggas in the yard, nigga 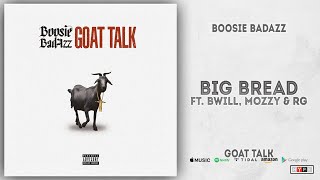