Ya Know The Rules Lyrics

Ya Know The Rules Lyrics

Well, the teacher comes to you, in effect
From a different style, a whole different sect
I inject, force and intellect
When I hit the mic, suckers hit the deck
I come correct and practice what I preach
I don't pimp you or rule you I teach
Come through the doors and slap up whores
Ordering them to put back on their drawers
Cause, I run their pimp
When I leave he leaves with a limp
Shrimp, I got the tartar sauce
Never underestimate the power of the force
of the intellectual KRS-One
I don't think yet my job is done, because
I stand alone while others have to verify
Just why they are thought to be fly
Makin the public believe that they are way up in the sky
Sort of like a rap superguy
But I, horrify and terrify the super duper rap guy
Because you're SOFT as a lullaby
While they sit on their throne lookin
Well I'm walkin in the streets of Brooklyn
Or Harlem and Queens and Bronx and
I'm even out there walkin in Compton
Cause everywhere BDP is schoolin
So anywhere, KRS is coolin
I'm not foolin, cause no, I'm not a fool
Don't act stupid boy, you know the rules

[D-Nice]
Word, aiyyo Kris, they act like they don't know the rules But yo, I tell you what
Yo get on the mic and tell em what makes up KRS-One
YaknowhatI'msayin? Huh, and ya don't stop

Yo, from off the sidewalk I grab the mic and talk
Born nineteen-sixty-five in the state of New York
My name is Kris Parker, KRS-One for short
I slap up crews and rock parties for sport
Lived on the streets about eight years straight
There I got my education and learned to debate
So when I pick up the microphone I know what I'm sayin
Education doesn't come from simply obeyin
the curriculum, of the school criteria
In fact what I learned I found inferior
I'm not a Muslim but I do support them
My Father in heaven taught me and taught them
I'm not a Christian, but I won't diss em
I'm not a Jew, I don't practice Judaism
I'm not a Buddhist, but Buddha's a master
I don't eat beef pork nor Diet Shasta
Reason for this is very simple indeed
When it comes to music everybody's in need
You got wealthy artists spendin money loosely
You ask about the culture, they talk 'bout Gucci
Metaphysics, the science of life
And how to live, free from strife
Walk with ease, and no disease
Understand that I am the breeze
And the trees, oceans and seas
And the B and the D and the P's
Suckers try it, but I don't buy it
When I speak you seek to stay quiet
Shut up! What what? You better stay cool
And heed the warning boy, you know the rules! 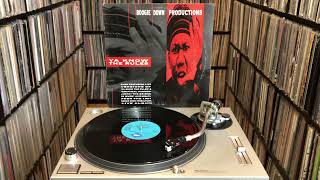