We In There Lyrics

We In There Lyrics


Yeah.. ahh, back to that old shit!
For all you FAKE-ass teachers out there
Aiyyo Kris.. break this shit up!

[KRS-One]
The type of lyrical terrorism I present
Educates people, at the same time pays my rent
You've been hearin me now for the past twelve semesters
When the suckers stepped up, I had to use the drastic measures
I know you want to step to me kid!
But you're thinkin, "Damn, Kris is kinda big!"
Plus he rolls wit a crew that don't care
And drops a hit album, hit video, hit single every year
From your eye drops a tear
I don't play that shit, I play that hit
Your whole gangsta image is not legit
You heard _Criminal Minded_, and bit the whole shit
Now if I punch you in your face I'd be wrong
Don't even think about battling with a song
You'll be gone, your career ain't strong enough to call my bluff
You ain't rough, you ain't tough, you'll be handcuffed
With your ribcage crushed
Naked in a box, with multicolored tube socks
You know my f*ckIN name
Blastmaster KRS is thinkin LONG range!

Yeah we in there, yeah yeah (repeat 4X)

[KRS-One]
They are in there, like you'll soon be in prison
(You await and this is faggot, your ass you'll be given)
Who you kiddin? You're only tryin to rock a party You ain't really down to shoot nobody
So why you frontin? Sayin from the cops you be runnin
In jail in a pair of panties you look just stunning
You pop all that wannabe shit on vinyl
Until your ass is bein pumped by some faggot named Lionel
In jail you ain't got respect
You a fairy, I'll be takin your commisary
And the picture of your sister, mister
As seamy as Pee-Wee Herman, I ain't trying to diss her
This ain't no bullshit game and I ain't changed
I'm just thinkin LONG range
People died so I can rhyme..
you think I'm gonna grab the mic and waste my nation's time?
Step up with that weak shit
You're psychologically, historically, and spiritually sick
Plus you're on my dick
Changin the subject, your rhyme style ain't correct
You know my f*ckIN name!
Blastmaster KRS is thinking LONG range!

Yeah we in there, yeah yeah (*repeats*) 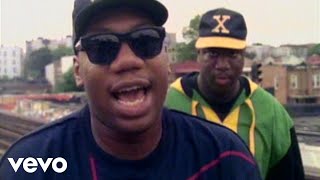 Rate We In There by Boogie Down Productions (current rating: N/A)
12345678910
Meaning to "We In There" song lyrics
Watch Video Comment Enlarge font Correct lyrics Print lyrics