* was also featured in the movie "I'm Gonna Get You Sucka"

[KRS-One]
Again we start, let me say my part
About the only guy who has some heart
It took some time for the heart to come
but it's HERE, and everybody's in fear
Crashin through the door of that WHORE
Bringin a end to this gold chain WAR
What you saw, KRS-One is now seeing
Another fly human being
Making, no excuses for the losers
Chain-snatchers, pimps, drug abusers
You don't like it but you gotta keep PUSHIN
until somebody starts MUSHIN
all these suckers, claimin to rule the environment
(Nah man, I ain't buyin it)
You seem to think that everybody can be taught
that everyone else can be bought
But, you took a short, cause one guy hasn't been paid
He is the Jack of Spades!

[KRS-One]
He's a, calm kind of guy, courageous and loyal
But don't let the temper boil
Cause just like a pot when the whistle blows
(That's right boy, anything goes!)
The crime is commited and he's right on your tail
There's no bail, not thinkin bout jail
All the ends, are justified by the means
when Jack's on the scene
Track the movement, don't lose it
cause if he come through the back, he ATTACKS
CRACK, cocaine, cops, and more fiends
who all get the same in the heat of this gold chain GAME
Here is the aim --
destroy all the stereotypes, hypes, and crack pipes
We don't like, criminals, and crime --
but we don't pay it any mind
So here comes Kung-Fu, Joe, and Fly Guy
Slade, Hammer, and Slammer I, am a, renegade teacher and scholar
If you ain't up on it you GOTTA
fall to the back of the line
Hear this rhyme, cause I'ma say it one more time
It's JACK'S theme song that KRS made
It's called the Jack of Spades!

[KRS-One]
You know, the Jack of Spades is now down with the BDP Posse
If you wanna see more, just watch me
MAN, do what I do, throw your hands in the air
And scream it out, ohh yeah "OHH YEAHHH!!"
One more time! "OHH YEAHHH!!"
(Flash the rhyme!)
Cool, guy, loud and quiet
If your head's in the way, he'll FLY IT
Don't try it, cause Jack of Spades doesn't BUY IT
He's a one man riot
Cleanin the community, of all it's debris
The C-R-I-M-E
The road was long and scary and some didn't make it
The average guy couldn't take it
But JACK, is not, the average guy
He took a piece of the pie and BIT IT
Got with it, for his brother he DID IT
So you gotta admit it
This is a martyr, a soldier, a hero
WHY? Because he started from zero
In this battle he clearly understands their power
They're payin people by the hour
to sell, to lie, to try, to stand up and deny
they are gettin everybody HIGH
High on a cable, cash under the table
Currency is how they're able
to buy the cops and props and keep the law PAID
But here comes the Jack of Spades!

[KRS] Break it down! 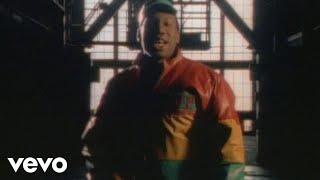