"If you like the sound of what you've heard so far.."

.. You're tuned into that easy listening sound
with a cap and gown, not a CROWN
No glitter, no makeup
Just smashin lyrics, that make up
the B, D, and the P
You pay for the hits, the advice is free
In this industry, we gotta grow
Commercial some go, but, y'know
just as important as they are
so is the underground superstar (like me)
You gotta ask yourself one question
Do I speak facts, or do I start guessin?
Learn the lesson, before you plan your career
Commercial or underground, where
do you fit, cause BOTH sides write hits
And all is rap, I'll admit
But what I've come to EXPLAIN
is that these people LOVE to play a game
They wanna make it seem like YOU'RE WRONG
for writin the reality song

What? They want you on their bases
Cause if you bring out the brown, you're racist
But if you bring out the pink, well wait, it's OK
Yeah, they won't stop it
I guess it's alright to act demonic
I guess it's alright to act demonic But that's another chapter, in another book
I've come to show a different look
And that look is the WHOLE of rap
Not just the commercial pap
but the UNDERGROUND, that RAW ghetto sound
from which rap music was found
So you can't deny it, you cannot refuse it
I'll be rockin that GHETTO MUSIC

People keep tellin me, "Kris! You need more radio
Yeah man, that's the way to go!
You gotta be like so-and-so to go platinum,"
then I attack em!
I rhyme for the ghetto, I teach the ghetto
I cannot let go, change up? Heck no
In the ghetto, I stay mellow
We're in effect yo, ready, set, go
FRESH, for nineteen eighty-nine you suckers
Peace to P.E., and the Jungle Brothers
Others, have come, to master the art
They start, with heart, then fall apart
Like a dart I shoot for one target (BO BO)
Ghetto music, yeah they'll never chart it
Cause now in eighty-nine, the purpose of a rhyme
is to strengthen and uplift the mind
Although I'll achieve and achieve and achieve
it's simple, I'll never leave
Cause every time you front for respect you LOSE it
I'll rock GHETTO MUSIC 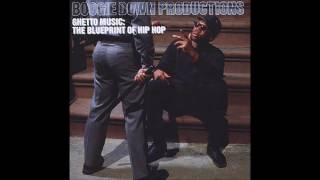