[unknown speaker]
History can never be made by one man, we must smash this one quickly
History is made only by the masses of the people, this is clear
Even a, cursory glance at the falasfallacious presentation
of history by the American capitalist system, will demonstrate just this
Take George Washington, as bad as he is
Put him in the middle of Valley Forge, by himself, surrounded
by the British, he can do nothing
*laughing and applause* Mhmhmmmhmm
Take Martin Luther King as righteous as he is
Put him in the middle of Birmingham by himself, speaking out against racism
He would be lynched
But you take this same King, you take this same Washington
Put them in Valley Forge, put them in Alabama
Surround them with thousands of people who have the same ideas they do
Willing to make those ideas reality and the situation changes drastically
Explain lyrics
Correct lyrics 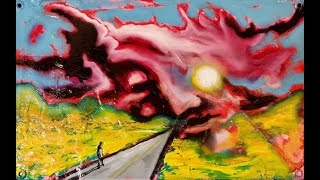