[Intro]
One, two, Bone is coming for you
Three, four, better lock the doors
Five, six, better load your clips
Seven, eight, we're gonna test your fate
Nine, ten, we're out to kill again
Straight from the burning flames of hell
A place where all assassins dwell
Pur back on earth to destroy all workshipppers of peace
Body bags and caskets may all godd cease
Together they form an organization much stronger than the mafia
First, Krayzie Bone AKA Leatherface The Sawed Off Gangsta
Second, Layzie Bone AKA the Number One Assassin
Third, Bizzy Bone AKA Rest In Peace
Fourth, Wish Bone AKA Stratejacket nigga!

[Krayzie]
Sold my soul ot the devil
But I changed my mind now I want it back
But he won't coorperate so now it's time to jack
Called RIP and Stratejacket
Number One Assassin is fully strapped
We belled through hell in khakis, locs, and black skully caps
So satan called his posse full of demons and witches
We met up at the Abyss ready to salughter the bitches
Yo, but wouldn't you know satan went out like a sucka
So I left a message in blood "To be continued motherf*cka"

[Wish]
Never praying at night
Cause the heavens don't want me
Sold my f*ckin' soul so I can live through eternity
Killin' at night and watching victims in the daylight
A demon on the rise, and I'm snatchin' your f*ckin' life
Been shot with a twelve gauge
I died and made front page
The devil sent me back and now I'm using the same gauge
Killin' like a maniac, livin' like a lunatic
Some would say the strate is sick
The devil's who you're f*ckin' with

[Layzie]
I'm corrupt and demented and I diminish by execution
A savage of torture should've been kept in a instution
Been shot in the head I ain't go out like a sucka
But I still died went to hell and just took over the muthaf*cka
Learned the devil's tricks an how to run this shit
I had a fall out with satan, and called his son a bitch
Repeating satanic verses but I changed the words now you worship me
The gates of hell on fire shooting flames can't be worse, G

[Bizzy]
Hell sent they call me RIP for a reason
I'm on a road to see bloddy bodies just call me a demon
It's the psychopathic maniac, manglin' ladies stick a grenade in they p*ssy The I start stranglin' babies
See, it's death to all my enemies that's RIP only tactic
But if by chance we kill each other our souls'll go at it
See I'm doggin' the triple six it's death bt the sword
I told satan that I'm killin' him trough the Ouija board

[Krayzie]
Pick up the phone the war is on so get your weapons
RIP just spotted the devil around the corner from heaven with his crew
Drinking brews and im thinking " Damn that's foolish"
Swig off the 40 of holy water and say "Y'all let's do this"
Grabbed my click, gripped my dick
Walked with my face to the groung chanting
"Kill that motherf*cka, now kill that motherf*cka, now"
Unloaded on his ass and dumped him in his Abyss
And now his crew's on my dick because I'm Hell Sent

[Layzie]
Let me call up my posse
We talkin' over the underground
Yeah, satan and his boys the motherf*ckas they going down
Man I gotsta do it
I ain't down for a hassle
I kicked the gates into hell and started a roit in satan's castle
I'm sick of this war now check it something has got to give
We stormed to the back, and we took demons as hostages
You want your people to live?
Then you'll forever pay me rent
To stay in my knigdom because a nigga is Hell Sent

[Bizzy]
Now we're walking through satan's den
The demons respected RIP
I'm running this motherf*cka, hell ain't shit
A demon told me that Lucifer said meet him at the black hole
I told him "I'ma be there ain't no bitch in my soul"
And when I'm coming for your ass
Ain't no need to run
Because I'm so f*ckin' ruthless I made the devil go buy a gun
Until we go at it, the RIP still won't repent
An appetite for bloddy bodies
Rest In Peace is Hell Sent 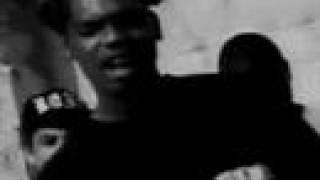