[Bizzy Bone / Layzie Bone & Krayzie Bone:]
Shit, who Bone Thugs?
Hell yeah Bone Thugs
Man them niggas broke up a long time ago
Nigga what the f*ck you talking bout?
Mmm huu.
Shit Nigga
I'll tell you one thing
Ain't nothing like that buddah lova bomb shit baby
You right about that shit right there
You know, Is that right?
Heh heh
Nigga you gotta be kidding me
What?
Nigga give me a drink!
Here nigga, here some Hennessy
Man, them niggas can't be dying
Bone Thugs Negro
Don't know where you are?
It can't be over!
It ain't over with nigga, what you talkin' bout?
Nigga gimme a drink.
And tha haters can't stand it.
They can't believe it. Bone Thugs~N~Harmony
Ha ha ha, goddamn right nigga!
Ruthless Records.
What, What Rest in peace Little Eazy Godfather.
Ooh-eee
Better call the police!
Bone Thugs~N~Harmony, 2000 muthaf*ckas!
Our Father who Art in Heaven, hallowed be thy name

[Bizzy Bone:]
Will they prostitute me?
Will they prosecute me?
Stay under surveillance
Get out tha county, this nigga ain't got all my f*ckin' jewelry
Local niggas, got me f*cked up Bone Thugs bitch
Runnin' and we thuggin' it up
Look at a creepin' on ah come up
Ooooh, we don't wanna murda ya, and it's so mysterious
How many niggas wanna kill us will they run up?
Come kill me hater, murder with the ak.
Play our, play our C Town, all the way through T Town.
Northcoast keep going.
Ready for the Midwest invasion
y'all niggas keep growing
but know that I know we was saken
f*ck shit some niggas can't take it, respect that.
But we poets and if you don't squash it, f*ck some rap shit.
I be on some many mack your ass attack shit.
Ready to back that.
Now who rollin'?
Bone

[Krayzie Bone:]
Krayzie up in this muthaf*cka
Nigga I'm rollin', and ain't leavin' this muthaf*cka until somebody dead!
And even though we know niggas bust back.
Big bullets givin' muthaf*ckas heart attacks.
Unload Tat-tat-tat-tat!
Krayzie Bone never did roll with no hoes,
Hell naw we lettin' muthaf*ckas know.
Everybody on the floor!
And this ain't no goddamn joke!
Nigga, break yourself or get broke!
All I want is the money
my cash flow
and I'm leaving on the first thing smoking out to Cleveland
We gotta get even.
Even if it means I got to stop a muthaf*cka from breathing.
And I'm waitin' for niggas to plot to rob me.
Nigga that can explain the reason you f*cked up, bleeding.
Never forgot about guns, never forgot how to load em
never forgot how to shoot 'em.
Always a thug nigga what?
f*ck it, let's shoot up the club.
If any of you niggas get pumped
Thinkin' you thug and you jump, nigga, you goin' get stomped.
And we goin' shut this whole thang down
Going out with a big bang, pow!
And that's how the thugs do it
You know we get down and dirty
Nigga, you know the story, don't make me, boil me
Let's get ready for war
Last year we was humble, nigga, this year we heartless
So, any nigga that want static
come meet us outside in the Yard, bitch!

[Layzie Bone:]
It's a hell of a job, when you marry the mob
I put a ring on my finger and say goodbye to my kids
Never ever will I be a legal citizen collectin' my dividends 'til the law ends, flossing
Rollin in my Benz I go against the grain
see, we ain't go change
I take an eye for a eye
Either thug or you die, and I ain't going cry.
Rock a bye bye, nigga, die-die
Got a grudge against the judge tryin' to lock up my thugs
wanna see us fall short
f*ck it, I'ma blow up the court and show 'em no remorse.
Hit 'em up with the C4, backdoor
Nigga, let stack go
I'ma attack with rap and show the crooked ass law no love
Better let dogs loose Got him, hold him up
and on top of that, these niggas f*ckin' with cuz
All the real niggas in the streets with heat
If you really got beef, then buck it, f*ck it
Nigga get disgusted, commit that 187 in public
If you runnin' for your life
In hot pursuit and you got to shoot to stay free, scream,
Murda on the government, take me
No surrender, no retreat
Might as well say,
f*ck this rappin', what's happening?
Layzie going out blasting I'm smashing on any muthaf*cka who be thinking they gon' get they ass off without gettin' a little action.
I crept and I came, down for my thang, man.
It's a different game.
Muthaf*ckas out callin' my name, but I'ma keep it the same
Figured I changed, nigga, f*ck the fame
It ain't no mystery about mine
Same little nigga from the double nine
Everytime, I keeps it real with shit you can feel, still to the glock glock

[Wish Bone:]
Aw yeah, I'ma hit 'em with the murda mo.
See 'em, better let it go
Bet they gon' run, run. Nine millimeter plus
I got a nigga beat or when it ain't enough
I got my shotgun
Now, how many niggas wanna roll with me?
Y'all say you real, then we'll see
Will you ride for me?
Will you die for me?
If I pop somebody, straight up lie for me?
There he go, now slowly approach
start buckin' but baby, no kills
Hit him low, we gotta get money so f*ck it
just show him what's real
Cause it's all about money, money, yeah
Don't get in my way
f*ckin' with my money
cause that could surely get you killed
Better find somebody to play with 'cause I really ain't out to play bitch
Serious 'bout mine 'cause you're runnin' out of time
and talkin' that shit'll get you touched, bitch
Now you know that we ain't into that rapping back and forth on no song
Shit, like we ain't got nothin' else to talk about but you on that hoe shit
There go Cleveland
Let's get it over with

[Flesh n Bone:]
Get the f*ck outta my way
They say they move down and side to side
I beg to part your stupid ass clean out my path
Nigga, when the bullet blow!
One bullet for this silly muthf*cka!
Your bloodbath, baby livin' in the day that made me sick in tha head
So crazy, interrogation
So many haters aggravate, so I convey and toss grenades
You niggas wanna be the T H U G?
Please, like me but can't see me
Bend and roll like a f*ckin' hog
Muthaf*ck, 5th Dawg is definitely too damned greedy, sleazy
So many hoes screaming, bitch, skeeze me
Tease my nuts, get up on the thug stroll darling
Stack my dollars up to the ceiling
Nigga, with a mob and creeping through the neighborhood robbing damn
It's a man on the roof with a gun, better run
It's your chance
Running through serving a dum dum to you
I'm a unique Bone Thug man
Stop wonderin' why did he leave that bloody, dead body gone
The nigga thought he could f*ck with mine
but you'll never find no others more like my kind
You heard my niggas willin' to get down and dirty
I don't give a f*ck!
See the villian trudging, nigga, peeling slugs!
A muthaf*cka here to show you who the realest thugs and that's us
the original thugstas
Subliminal criminal way to kill an individual
Bone clone niggas that thinkin' that they invincible
but not a real
I'm here to let you know, for sure, hoes! 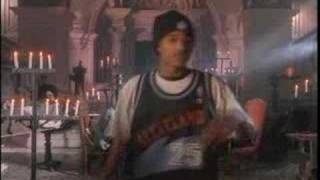