[Krayzie] What's happening nigga?
[Dealer] Hell yeah, what's up my nigga?
Ain't nothing just out here grinding, my nigga you know what it is
What's up nigga what you need?
[Krayzie] I need some weed
[Dealer] Aw, man I don't even f*ck wit the weed no more
[Krayzie] What?
[Dealer] Aw, hell naw, man I got this new shit
Man this shit called ecstasy man
[Krayzie] Ecstasy, what?
[Dealer] Nigga this the shit, man
Nigga this shit will have you on the level wit ya female and everything, nigga
Look I'ma give you one of these motherf*cker's let you try this motherf*cking out, man
And I bet you be calling me tomorrow
talking 'bout you want some more of this shit
Man I'm telling you; shit have you on the level
Man you need to put the weed down f*ck wit this shit
Boy, I'm telling you boy
[Krayzie] This nigga tripping
[Dealer] This shit will have you on the level
[Krayzie] Straight f*ck it. Gimme one of them motherf*ckers dere man
[Dealer] Here, take that one and call me in the morning nigga

[Krayzie Bone]
As you can see I took the pill (took the pill), right to the house
Grab a shot of liquor and pop pop popped it in my mouth
An' I'm thinking to my self that this might be a waste of my time,
'cause what if I don't even get high
Thirty minutes dun came by, I didn't even seem high,
until I stood up and looked at the ceiling for some reason
Now I'm tweaking, then I tried to walk but I was SSLLOOWW
I guess I'm floating in ecstasy (just like the nigga told me)

[Flesh Bone]
My name come alive (?).
An I'm poking in sumpin oh damn but it ain't no joke
Cut guards and red beans
And for them niggaz that follow me around for my mojo
Feeling so see... 'Cause I'm floating in ecstasy
(Alright) Ahh, my nigga just call up the homie
To hook us up on that liquid G
An if these hoes don't wanna see, they gotta check the spot quickly
I'm feeling way high, but I'm also feeling way low
But damn I'm stuck in between.
f*cking wit broad boys and never get used
Just help, just throw in a few more.
Diablos, nigga Flesh Bone so chill
I'm feeling it hump through my body, feeling hot an exotic
Feeling knocked out, feeling too sexy for my motherf*cking self
Gotta find my bitch and f*ck her ass to death

[Krayzie Bone & Flesh Bone]
I feel so realish realish realish 'cause we floating in ecstasy. [4x] [Layzie Bone]
Whose my nigga that told me the level I started to see the devil
Nigga was floating in ecstasy
Shit, I took the pill. Couldn't feel nothing so I'm breaking
But about thirty more minutes later, nigga was on the couch cracking
Arms sweaty, man why in the f*ck y'all let me do this?
I'm looking at my homegirl like I wanna, nigga this some new shit
I realized, nigga took one step an started stumbling
An I was trying to call my nigga but he couldn't hear me,
so I guess I'm mumbling
Fall off into sumpin. But I guess I'm on a mission
Telling my niggaz that I love 'em now but it ain't nobody listening
Whistling hanging out the window, need me some indo.
Till I let go like, me silky fine.ine.ine.
Flown the expo, knock, knock, knock at the door.
But nigga was paranoid so I grabbed the gun bucked it at the door
Ooh-wee, shit happens, my family got me faded
But I'm running a secret 'cause... 'cause a nigga can't take it.
Shake it if I can but I'm blending wit the killas
And I wish E was here to feel pillish

[Wish Bone]
I've been smoking weed for a very long time, why should I change?
An plus they say that ecstasy shit f*cks up ya brain (brain)
Ah, ah, why should I (I) just to get high, when weed gets me high?
Nigga try this here. They said betta then that there
They say, "Ya like it (ya like it)". So I tried it. (i tried it)
I thought the shit will have a nigga high an horny
I'm high, but I'm to high. Wanna hurt somebody
Nigga you tripping, get a hold of that shit, and ride that high
But I'm tripping, body moves, won't nobody get hurt (hurt) 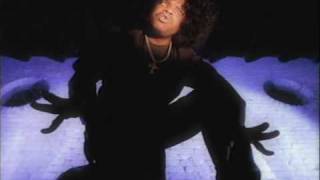